Friday, we took the kids to Tweetsie Railroad. Tweetsie is a small theme park in the NC Mountains b/t Boone & Blowing Rock that revolves around a historical full-sized narrow gauge steam engine that really used to run through the area. The park opened in the 1950's; my mom went as a child; my whole family went every year growing up - even into my freshman year of college! And we started taking Will right before his 2nd birthday; Annelise was just 10 weeks old. Tweetsie is such a special place to us. I can't explain *what* it is that is so magical, but that place (& that train) casts a spell over all of us. The park is small, but so safe and clean. We relax there. Yes, relax! At a theme park! In the last few years, we've become friends with one of the engineers, (I can't believe in all those years that we had never done that before!) and now we feel like even bigger VIPs when we show up! :-) It was Opening Day, and the weather was divine: 80° in April in the mountains & not a cloud in the sky! Amazing. For the first time in any of our lives, we also actually got season passes! (They have a discounted special this weekend where season passes pay for themselves in two visits. We *know* we'll go at least once more sometime this year, and since we're here in NC for the time being, and we all love it so much, why not take advantage?!) Will is absolutely bursting over being an "official member" this year. :-P 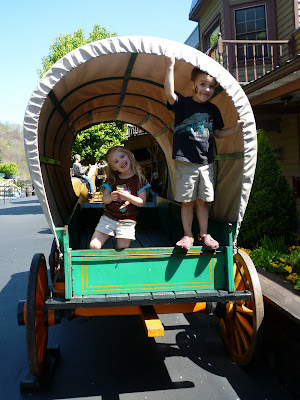 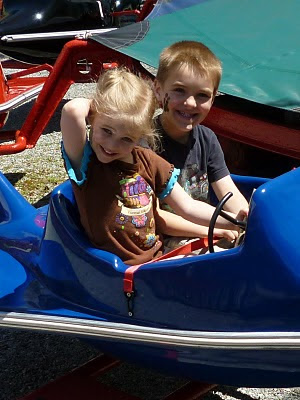 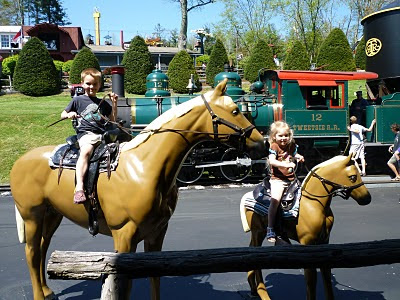 With our friend, Engineer Scott: 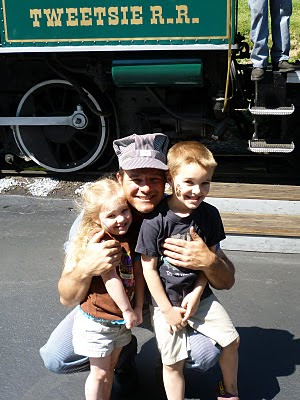 Sooo, Tweetsie has a Wild West theme with cowboys & indians, and they sell cap guns in the gift shop. Will had never asked for one before...until yesterday. I thought I'd avoid it by saying, "We're not buying anything unless it says 'Tweetsie' on it." Then he found a wooden pop gun that did indeed have Tweetsie branded on the stock. :-P (I don't freak out over guns; my dad was a big hunter, and we were always taught to respect them. But no one in our family currently hunts anymore, so I'm just not big on playing with them when there are so many other things they could choose, you know?) Will would not let this pop gun go! He was adamant that this was his choice. It was certainly the most basic, old-school type there, (all carved wood with a colored pvc pipe piece you pump to pop the cork on the end.) So fine.

But then Annelise said that was her choice, too. My initial reaction was, "I don't want to get that for my little girl," ...but then I thought, "How sexist is that?! She deserves to defend herself just as well!" So, I give you Buffalo Will & Annelise Oakley: 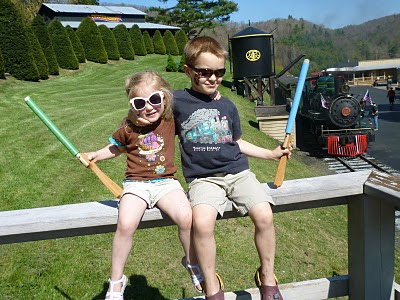 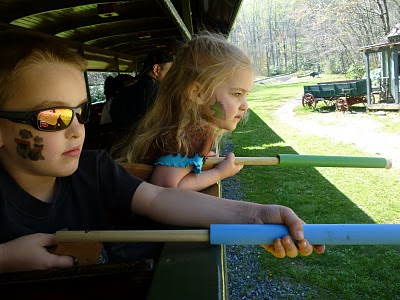 (For what it's worth, Annelise is all about hers being a tranquilizer gun and playing Wild Recon in the yard, where she can then collect samples. ;-))

Finally, Annelise may be missing her tap recital this year due to the move, but the Tweetsie cloggers pulled her up onstage, and she was in heaven! She said she "can't wait to get back onstage for real!!!" 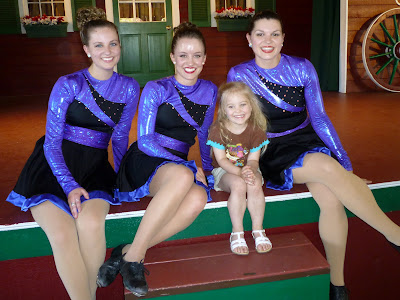 Labels: all about us kids stuff I recommend