The team Annelise was double-teaming on this last cheer season, Power, had one final honor: a paid bid to The Title competition this past weekend in Dallas! 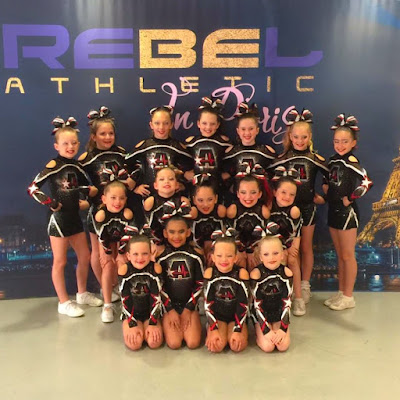 Power hit zero (no deductions) on *BOTH* Saturday & Sunday in the ARENA of the convention center!!! Getting to compete in the exact same space as the upper echelon of NCA was such a perk for these girls!!! 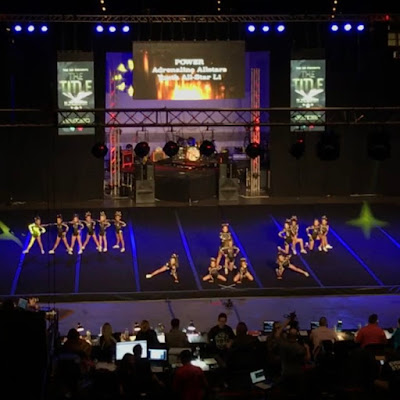 After double-teaming for so long, it felt bizarre to just compete once in the morning & be done for the day by lunch! :-P Saturday afternoon, we even had a team hotel pool & pizza party. Annelise says that her off-time was most highlighted by episodes of Wicked Tuna on NatGeo, rocking the hotel fitness center, & esp. trips to Sbux, where she discovered the joy of the Midnight Mint Mocha Crème frap. :-D

Sharing the most gorgeous hotel rooftop sunset with my best girl: 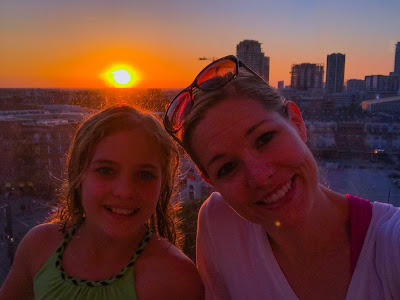 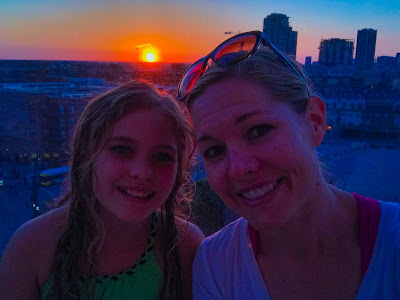 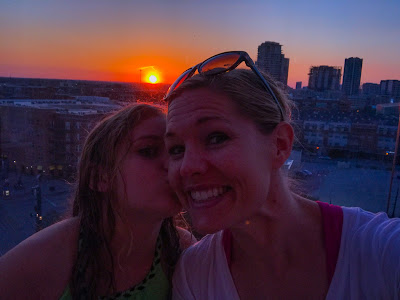 We literally had church in the cheer arena on Sunday morning, singing along with praise & worship music, as we waited for our girls to hit the mat for the FINAL TIME this season. ❤️ It was *sooooo close* - the top three teams were separated by only 0.35 out of 100 points!!!!!! We ended up 3rd - truly awesome...but slightly heartbreaking at the same time, since we knew it was that tight. We beat teams from Montana, Ohio, Utah, Michigan, Oklahoma, Indiana, Kansas, & Texas. It was definitely an honor! 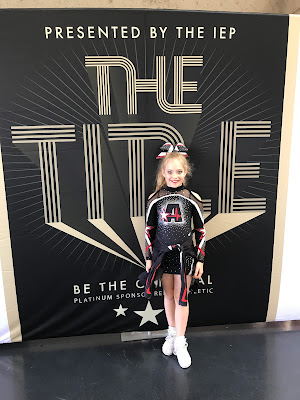 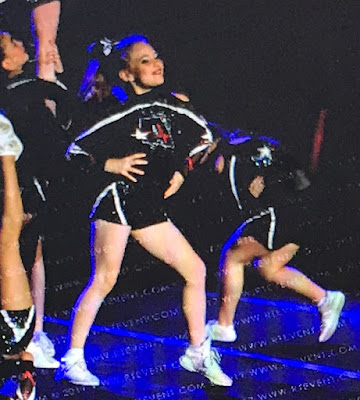 I can't think of a more appropriate way to celebrate Mother's Day than watching Annelise live her dreams on the cheer mat, before making it home to the other halves of my heart. ❤️

Stay tuned to the next post for THE COOLEST thing that came out of the competition... :-O ;-)
Labels: all about us celebrations cheer friends God kids stuff I recommend