Being back to school in person full time has completely changed our lives vs. the previous 18 months - yes, for the better & definitely the busier!
Rewind to August & Will’s 17th birthday, celebrated with BFFs Bryce & Kaleb at Andretti Indoor Karting followed by Japanese teppanyaki dinner: 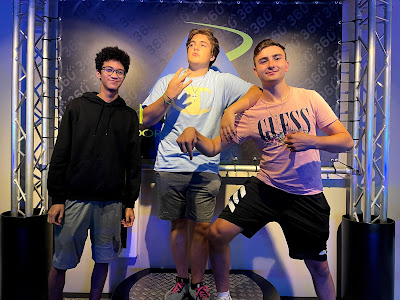 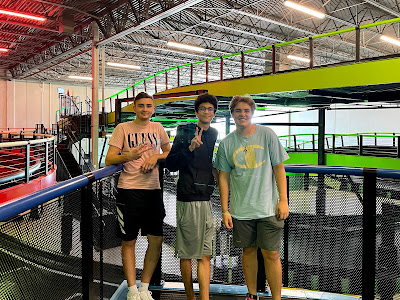 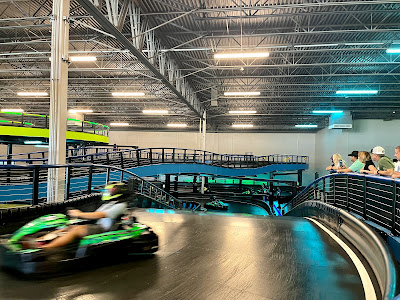 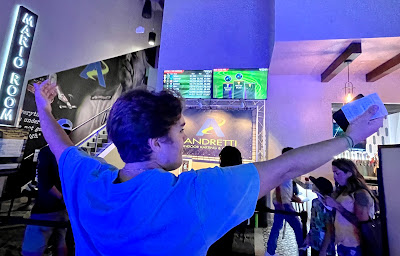 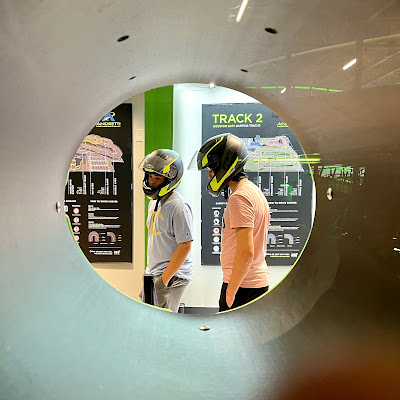 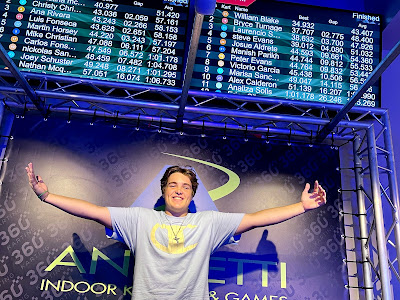 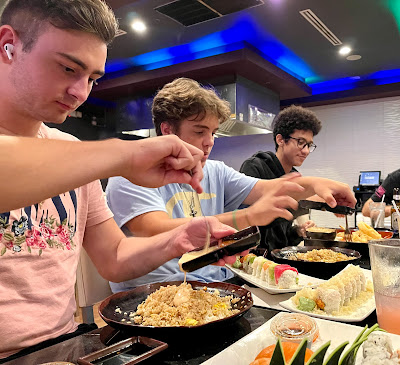 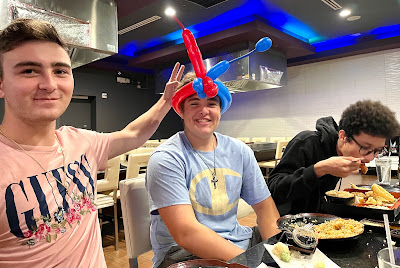 Annelise also made Will a bday cake (which was obviously *my* favorite part of his celebration! :-D) 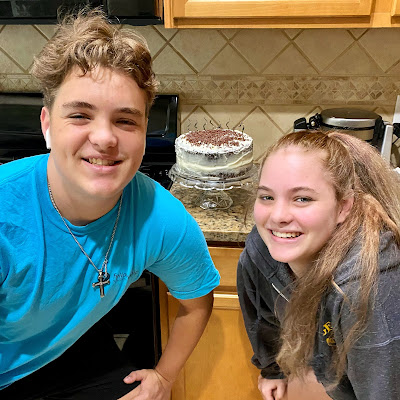 She got her learners permit the next week: 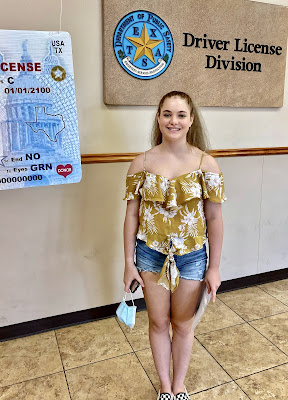 and has been driving way more than Will! (I think his plan may be to wait until after football season? He can’t get his license until the end of January, so there’s time.) We’re doing parent-taught Aceable, so *I’m* the Drivers Ed instructor. I have to toot my own horn a little bit & confess how happily surprised I am at my levels of calm & patience! She really is a good driver, and I have been surprised at how chill I’ve felt: 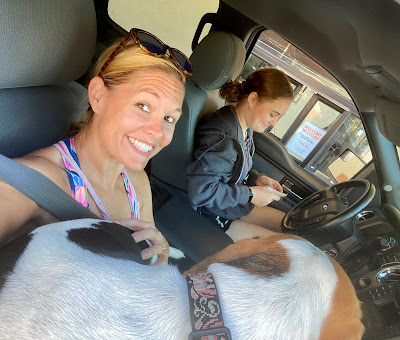 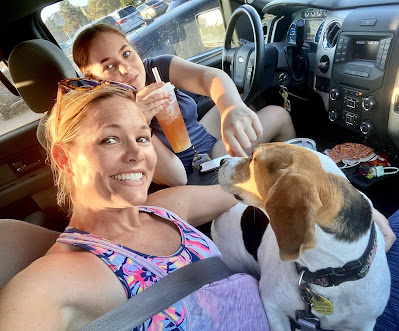 Random & HILARIOUS girls night joy to share (after *she* drove to the store for these) with our most favorite sheet face masks on earth: 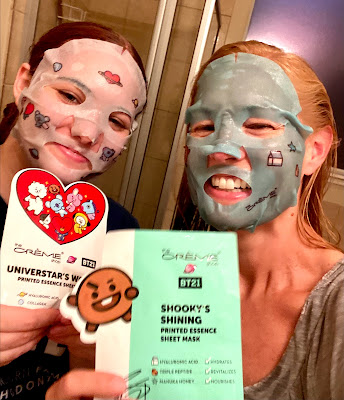 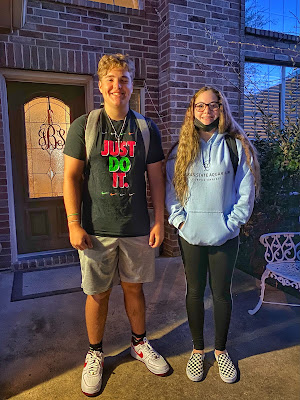 It’s actually been great!!! (I wish there were more masks being worn, but at least they’re both fully vaccinated!) The biggest surprise? Annelise has joined the wrestling team!!! It's a full on class here like football. She was going to have to take PE, since she didn't do it freshman year, but this covers that; there are a ton of awesome girls (15-20!) doing it, and it’s a no-cut sport that welcomes willing newcomers with no experience. It’s gotten her body physically moving again for the first time in a year & a half; and while it’s a team sport, the matches are individual, so she won’t have to worry about anyone else’s performance or unpreparedness affecting her outcomes. (It was so irritating in cheer when one person wouldn’t do their best & would cost the whole team a win – she resented that so much!) The coaches are amazing, and (so far) the parents are everything I dreamed cheer *could* have been like (really into team spirit, super supportive of every single kid, genuinely welcoming of new people, etc.) I even asked one of the moms whose son has played football with Will all these years if the wrestling coaches & other parents are *really* this wonderful, or if it’s just a show for the first parents meeting we had; and she said it's real, that wrestling is better, more positive, inclusive, & disciplined than any other sport they've been involved in (& between her kids, they do 4 at our school.) It's been the most unexpected, cool surprise of the new school year! They start competing in November.

Will’s Senior Varsity football season is in full swing now! They’re sitting at 3-1 (& honestly, our district is brutal - one of the best in Texas 6A, so it might not get better than this! :-P :-D) We’re focusing on enjoying as much as we can this final football year. (*sniffle, sniffle* #notready) My favorite thing is his senior banner: 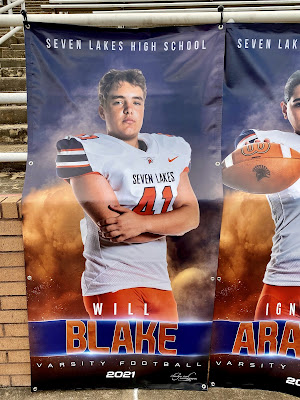 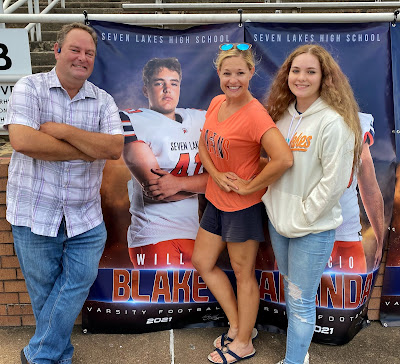 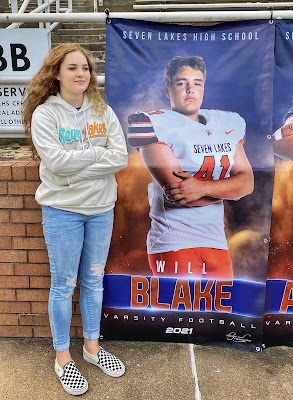 His banner was beside his BFF Nacho’s 1st game: 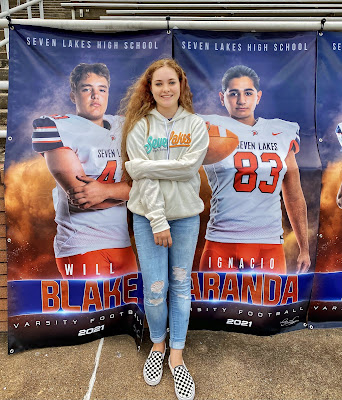 Senior parents are allowed to go down on the field for the boys’ entrance & run through helmet: 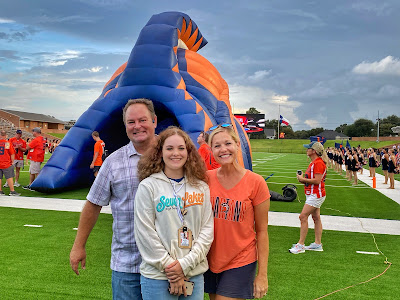 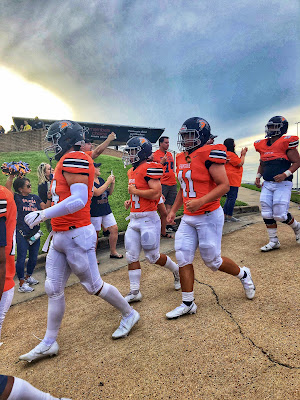 Senior parents also come to the school early to cheer the boys as they load onto the buses to head out to the games: 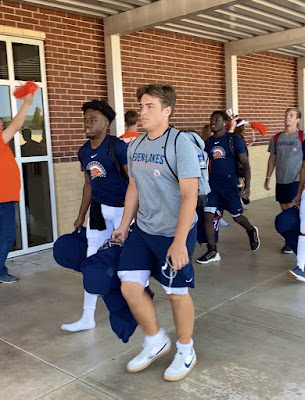 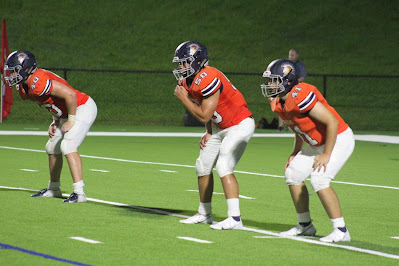 Extra proud of his (#41 in navy that week) tackle that was called out over the PA system:

LOVELOVELOVE my post-game pics most: 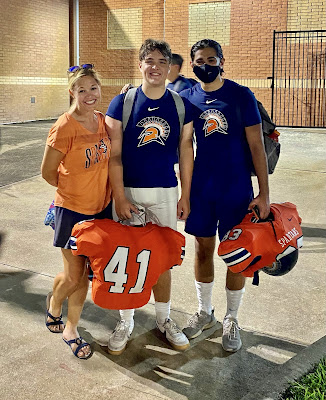 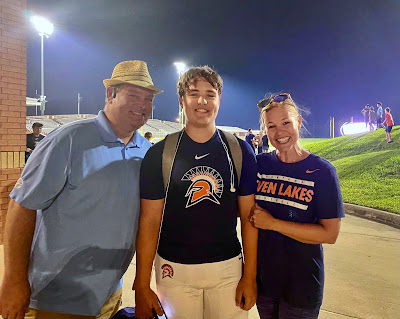 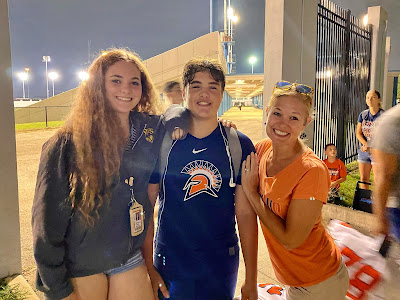 Labels: all about us celebrations food football friends kids wrestling