We ran our youth football league's championship Turf Bowl games for five different divisions on Sunday, November 22nd. We left our house at 6:30 AM and didn't leave the stadium until after 9:30 PM! JB announced each game over the PA system, Will & Annelise ran around & played, and I ran all of the cheer logistics for every division with my Cheertators. Who knew that 15 hours could fly by so fast with these BFFs? :-) 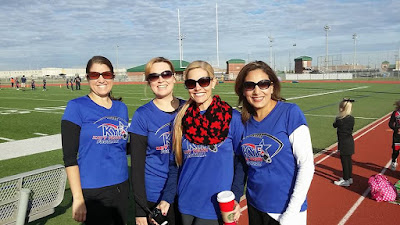 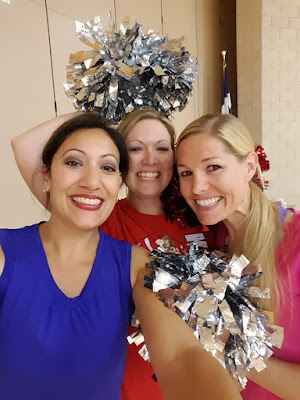 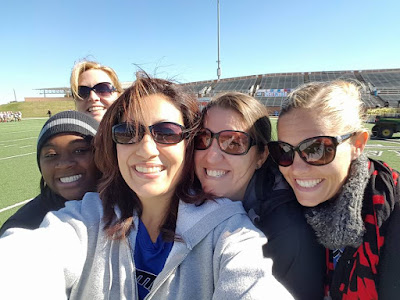 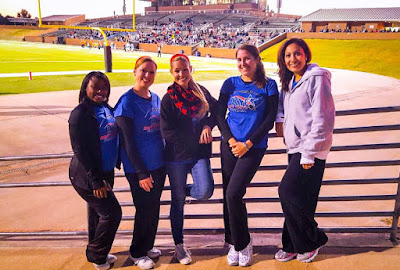 I received the *BEST* compliment re: Will from this little boy's mom - "Let me just tell you. Will is such a sweetheart. T saw Will walking with some of the kids from the team. He started shouting, “Will! Will! Look Mommy, it’s Will!” So T called Will’s name and he came over. He was asking T questions about T’s day and T’s Christmas list. T kept answering with much more detail than necessary. Will sat there with us for at least 20 minutes, instead of running around with his teammates, keeping T company and taking pictures with him." I told her hearing that is a better win than ANY trophy!!! 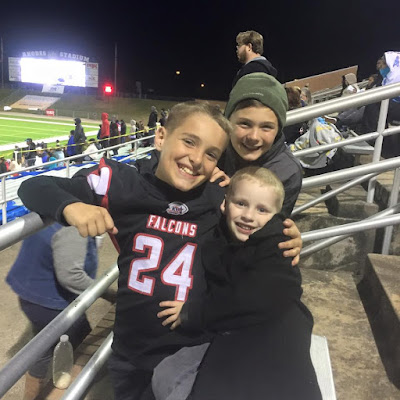 Our Senior Varsity division was the last game of the day, so my girls got to dance under the lights! We had over 50 girls from 6 different squads in this performance, (our 5th different dance of the day.) [My Falcons were in the middle. ;-)] 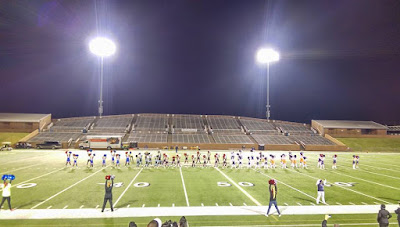 Stunt in the dance (Annelise flying) 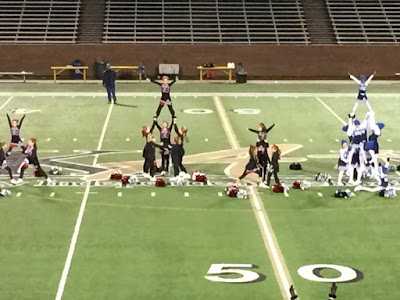 Mid-dance jump! (Yes, that's me doing it on the sideline :-P) 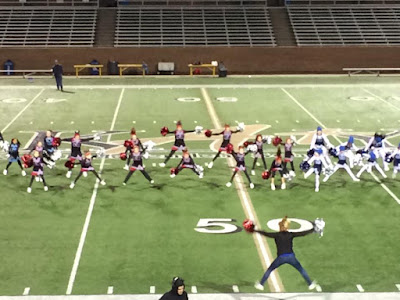 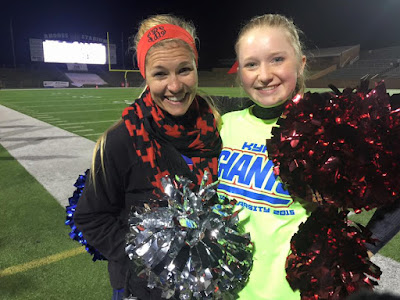 And finally, my girls with our trophies! 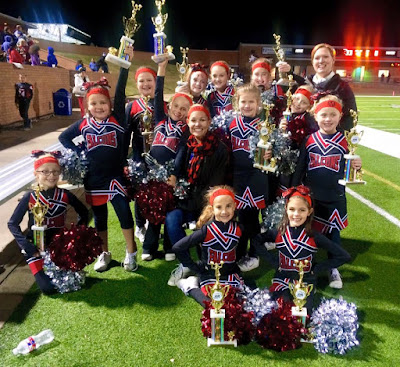 I'll share another post in the coming weeks with the pro pictures from the Turf Bowl that the professional photog took and video of our performance, whenever they are ready.
Labels: all about us cheer dance football friends kids