Y'all - I had *THE* quintessential fan girl experience last Friday night!!! Backstory: Friday Night Lights is one of our most favorite series of ALL TIME. EVER. JB & I watched every episode together - it was one of those rare shows that couples both truly love. Back in February, I heard about a 10-year cast reunion being planned during the ATX Television Festival in Austin. I'm only two hours away now! How amazing would it be to see whom I could see? Not two days later, my BFF Angie texted me: "Do you know the show Friday Night Lights?" It. Was. On.

I've always been a bit jealous of girlfriends who go on trips together. The only TWO kid-free trips I've ever taken with girlfriends in the last 12 years were two one-night MOPS retreats in 2007 & 2008! :-O [FWIW, I'm not an I-can't-ever-leave-my-kids mom; it's just über-difficult to hit the rare jackpot of mom friends all having 1) enough extra $, 2) time off normal commitments, and 3) husbands able to take the kids, all at the same time. Usually someone is in a rough financial patch, or someone's husband is traveling for work, or someone has too much that they can't get away from when others suggest. I think it will also become a much more viable option now that my kids are older and - apart from driving & mommy snuggles - virtually self-sufficient. ;-) Expect more!!!]

So Angie & I planned our overnight to Austin. Super bonuses: her brother is an Austin police officer, so we had a lovely guest room to stay in for free at his house, and we knew we'd be safe, with him just a call away. ;-) I made us our OWN super fan shirts as a surprise gift for Ang with our two favorite show sayings: 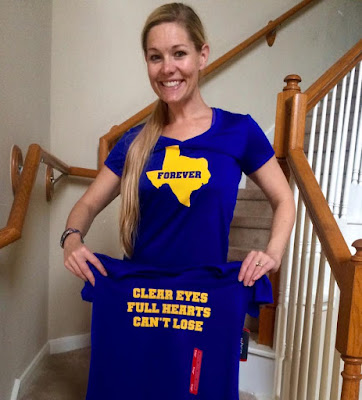 Also, this whole Friday Night Lights Tailgate & Pep Rally Reunion event was 100% FREE!!! No tickets - just show up. The only $ spent was on food. Mmmmmm...food:

Before the event we had an AMAZING dinner at the Elizabeth Street Café, a neighborhood Vietnamese bistro & French bakery. It's so crisp and adorable! 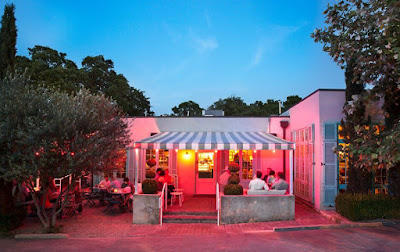 We sat here under this mirror, and here's our view down to the right: 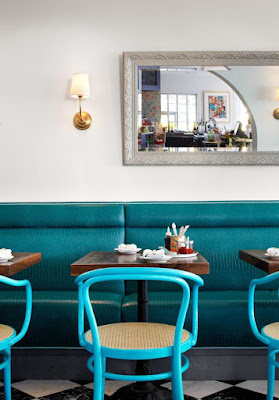 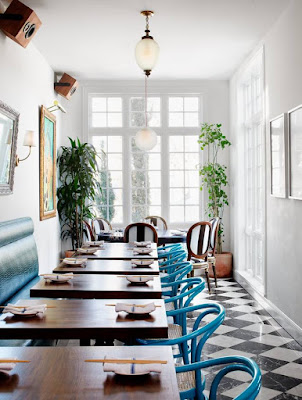 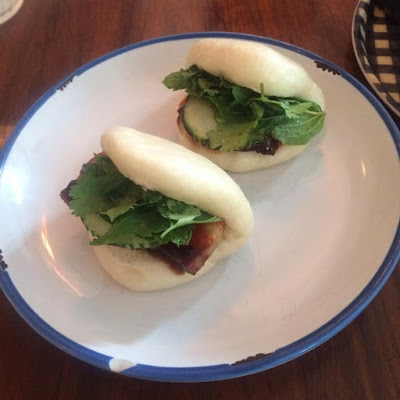 After dinner, we drove to the Pep Rally Reunion at the old football field where they ACTUALLY FILMED the show. I was so impressed - parking was simple & free. It was well-attended (a few thousand people?) but it wasn't like a claustrophobic concert. Everyone milled about with tons of space. I didn't think we'd actually get face-to-face with any of the stars - just that we'd see them all from afar onstage...so you can imagine the fan girl adrenaline coursing through our veins when we heard someone behind us say, "Yeah, Jason Street is right over there taking selfies." AIIEEEEEEEEEE!!!! :-P

With Scott Porter (Jason Street) - who, BTW, is the kindest, most generous guy. It was almost our turn for a pic, and the event planners whisked him away (for this most-famous-of-the-night photo op) but he *promised* he'd be back...and he did not lie! 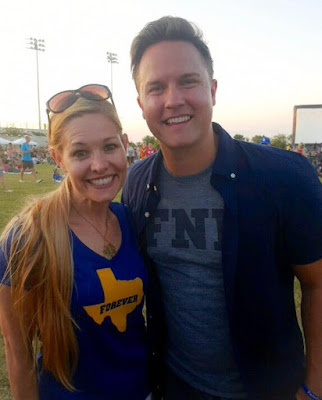 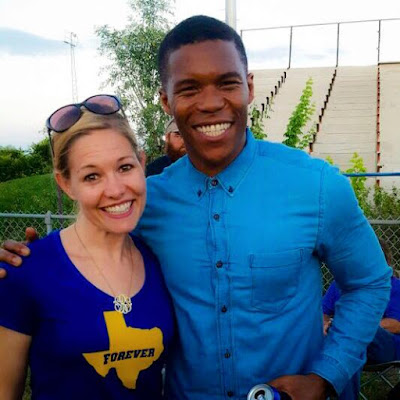 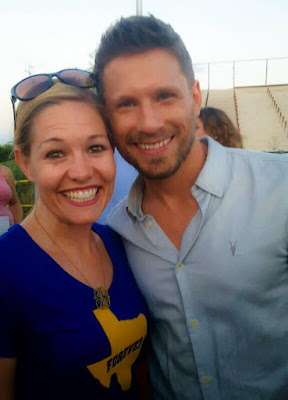 Entertainment Tonight set up right in front of us while we waited for Scott Porter to come back...and there appeared Connie Britton (Tami Taylor) and Adrianne Palicki (Tyra Colette). When we first moved to Texas, I was most excited, b/c "Now I was *really* going to be Tami Taylor!" :-P :-D 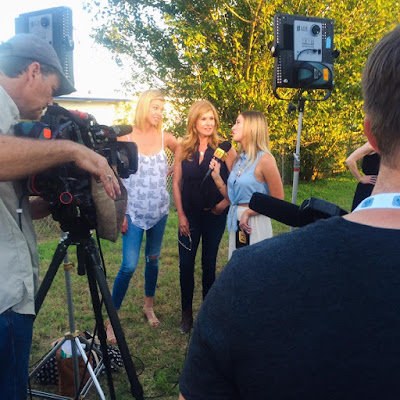 This was when Scott Porter came back and saw Gaius Charles for the first time that night. Everyone standing in our little pod awwwed. :-P They did the most genuine buddy handshake: 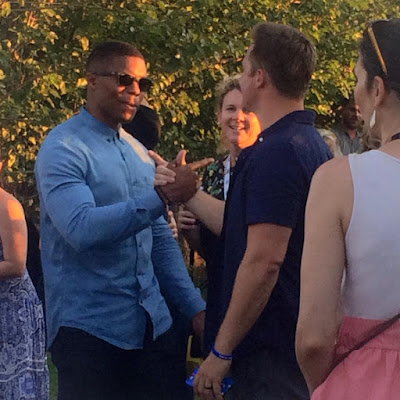 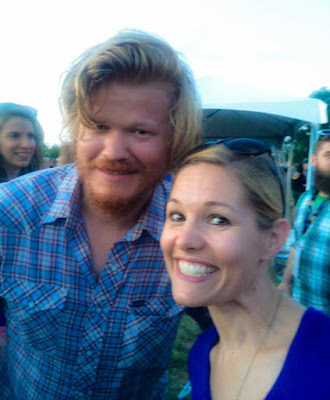 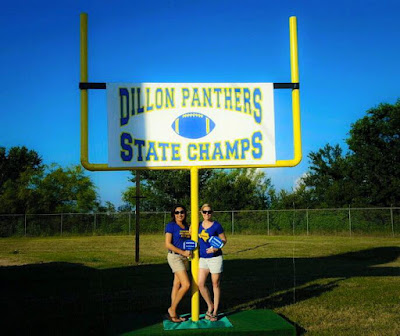 Here's the MOST AWESOME video overview of the whole thing:
After meeting so many stars, they had a cast Q&A onstage, and we watched an episode outside on that football field where they filmed it! 🏈❤️ ‪#‎texasforever‬ ‪#‎cleareyesfullheartscantlose‬ ‪#‎fnl 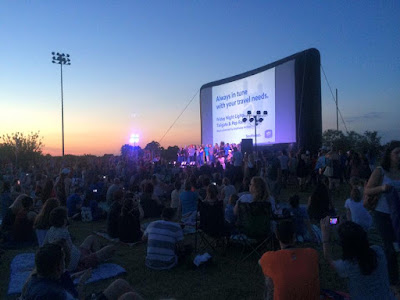 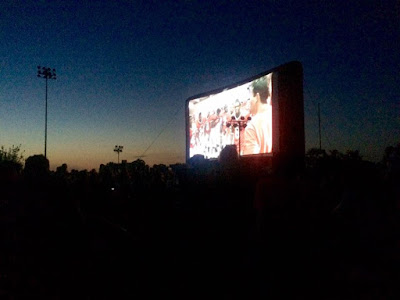 Saturday morning, we had brunch at Magnolia Cafe South: 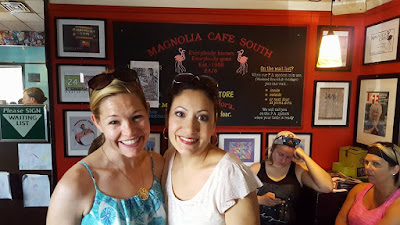 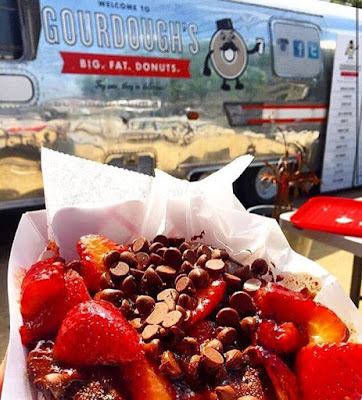 I'm not gonna lie - I'm still GLOWING over our experience!!! 💙💛💙💛 And Angie & I are pretty sure producer Jason Katims is obsessed with us. :-P He kept appearing right beside us throughout the event and staring for noticeably-long moments. We're pretty sure he wants to write a new docu-show based on us running youth cheer in Texas... ;-)
Labels: all about us celebrations food football friends stuff I recommend TV