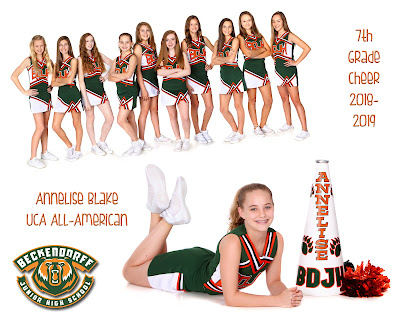 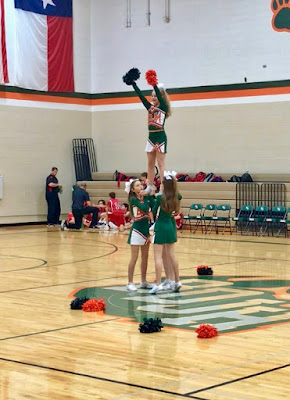 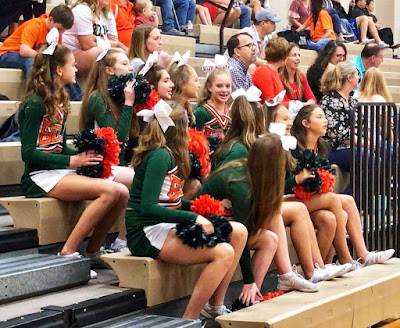 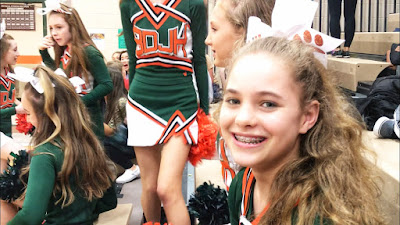 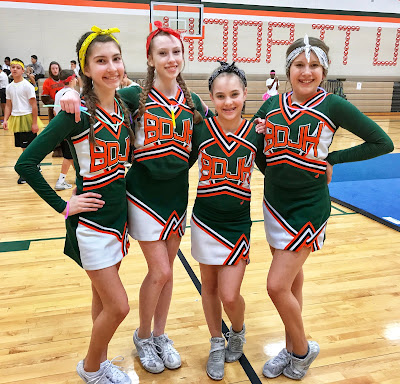 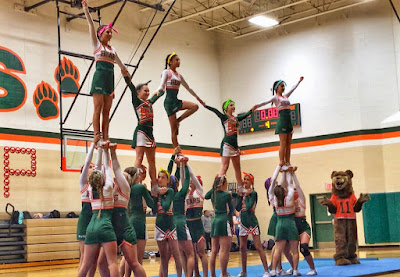 And went to the beginning of her end-of-season cheer banquet on Tuesday evening: 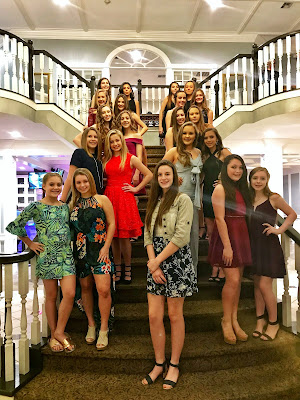 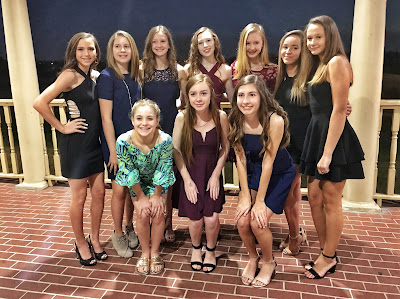 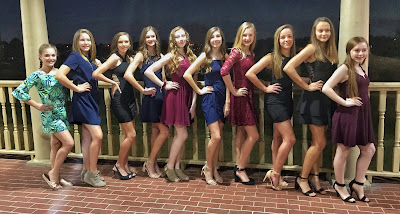 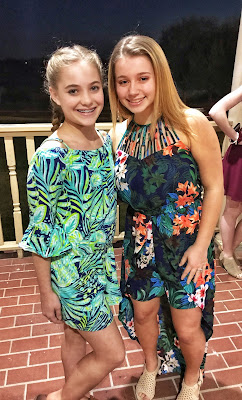 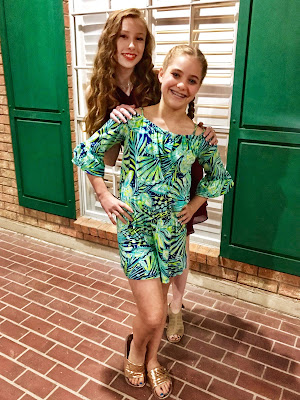 She could only stay for the first 25 minutes of the banquet, b/c she also had her last allstar practice at the same time before competition this Saturday & couldn’t compete if she missed. She would never give that up! #commitment

Sooo proud of her winning the Fearless Flyer Award! (But not the least bit surprised: flying is absolutely her ❤️) 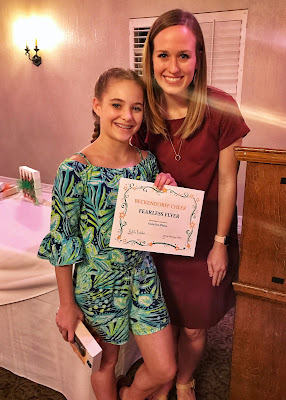 I’m so proud of her for making this ultra competitive team, and then sticking with it & giving full effort, even when we realized the hardest part was just initially making the squad; when the rest of the year was boring, anticlimactic, & unchallenging, she still gave her best effort. She earned the title of All-American at UCA Camp, and that’s an honor that will always have meaning. Even though my mama heart is a little heavy that she doesn’t want to do school cheer again next year, I’m absolutely taking it as the highest compliment that she says our youth squads that I coached were so much higher quality – so much more challenging & so much more fulfilling than school cheer. (If only the school district allowed hiring a non-employee to coach cheer! :-D ;-)) She’s not wrong: in every game I watched, the cheering was totally laissez-faire. The girls cheered about half as often as I would’ve directed, they never properly utilized timeouts for longer cheers or chants, there was no emphasis on smiling, etc. = all things I was a drill sergeant over. I told her going into this experience that it would not be a place where she would gain cheer skills, but that it was for fun, friends, & spirit. I prayed fervently, and God absolutely answered my prayers for zero mean girl drama on the squad this year! We may be the only squad in the district that didn’t experience that…but it also wasn’t enough to overcome her feeling like she was wasting her time. So after nine years of being involved with sideline cheer, this was it...

Pray for me to have an easy time letting this go (knowing I would never push her to do something b/c *I* like her doing it + just typing out the ways in which it hasn’t served her has already helped) and we’ll see what the future holds. There are some big changes coming up for us school-wise in the next year, so when she gets to high school, there are actually 3 of her allstar teammates that do school cheer there; maybe she will decide then that she wants to go back, since high school cheer (they compete nationally) is much more serious than junior high, and she will have established friends on her squad. We’ll see...

For now, it’s 100% allstar competition all the way!!!
Labels: all about us celebrations cheer friends God kids