Annelise & I rolled out promptly at 9 AM last Friday for our girly road trip to American Cheer Power Southern Nationals cheer comp in San Antonio! 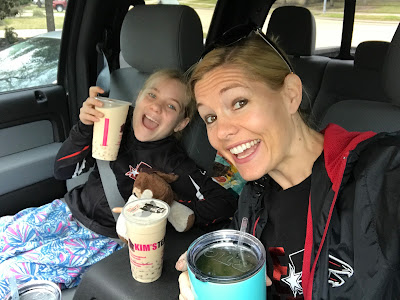 We hit Luling Buc-ee's, checked into our hotel, & got Annelise competition-ready to DOUBLE TEAM starting at 2:45! (She was asked to compete on TWO different teams with our cheer gym, to help out a youth level team, Power! SO PROUD!!!) 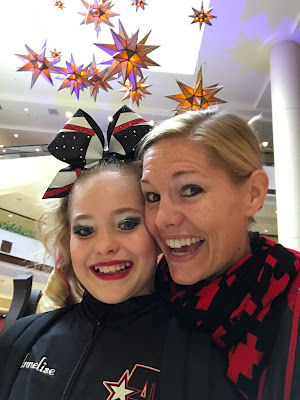 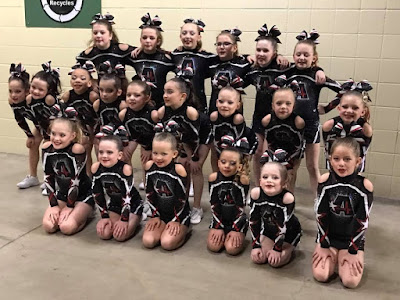 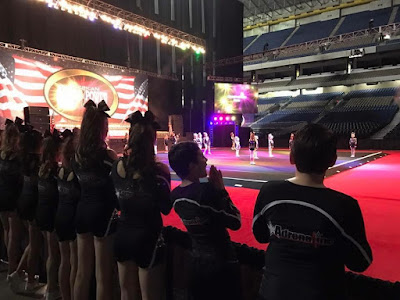 This was a two-day competition. Friday went beautifully for Power - they hit zero!!! (No deductions!) But poor Extreme was a mess: Annelise bobbled once, one base dropped her foot out of extension in the pyramid, two girls' uniforms got snagged together & stopped that stunt from going up, one girl forgot where she was supposed to go for for about 3 seconds, their jumps weren't in sync...it was bad. They shook it off, though, with a really positive team dinner & readied for Day 2: 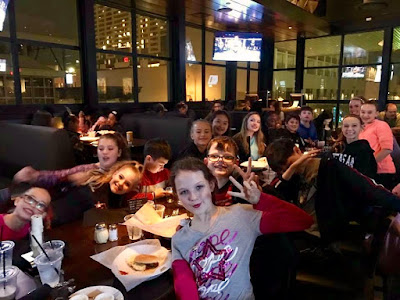 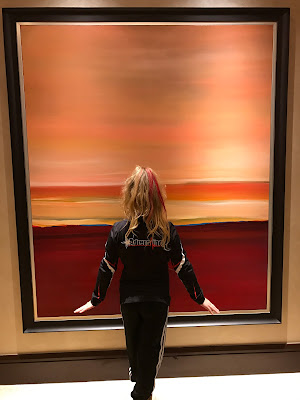 Getting up at 4:45 AM (I do NOT morning!) on Saturday to be ready for the 2nd comp day was so rough...but totally worth it! Unfortunately, Power had a fall (it wasn't Annelise's group, though, so whew!) and ended up 3rd, but EXTREME CAME BACK STRONG!!! It may have been their best performance EVER!!! Everything hit! They hit zero, and we were all just so stinking proud of them for coming back like that after Friday's fiasco. Friday's score was worth 25% & Saturday's 75%; but their other big competition didn't have any falls either day (some sync issues, but nothing big) so Extreme's Saturday awesomeness wasn't enough to overtake them. We ended up with 2nd, but I'm so thankful they got to go out on their best performance. Definitely a great lesson learned about perseverance! Proofs & pics: 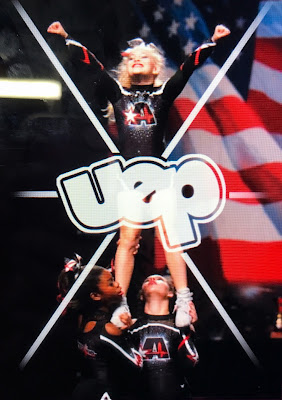 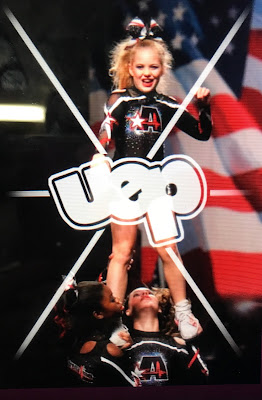 When this extension hit Saturday, Annelise gave the best face of her life!!! (flying right) 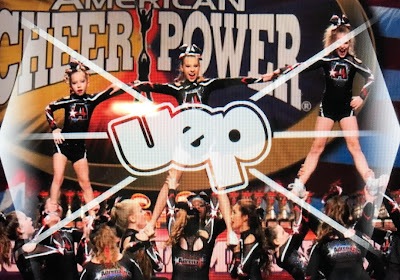 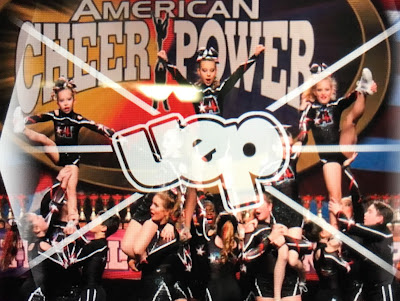 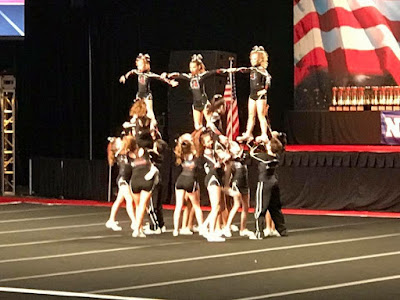 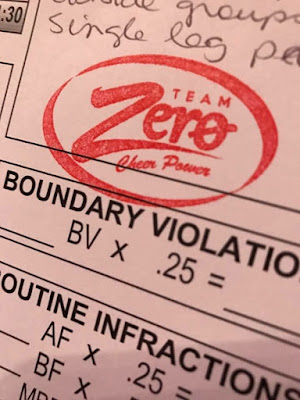 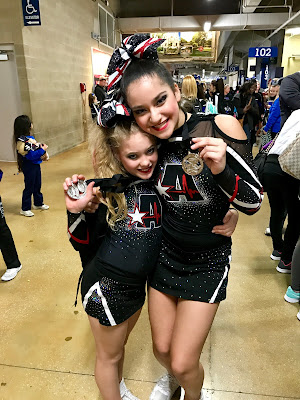 Look!!! Annelise can BASE, too!!! (She's basing on the younger team, Power!) That's her blonde pony basing left, under the flyer's chest: 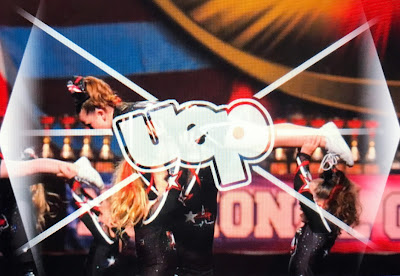 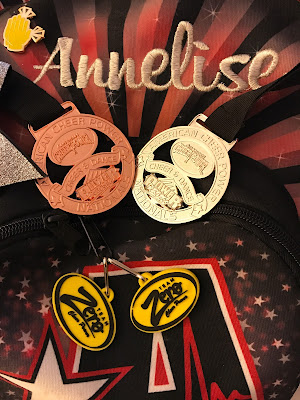 Each team hit zero one day, both medaled, and Extreme came back from such major adversity to do an AMAZING job Day 2! ❤ Success!

After cheer Saturday, we also had the *BEST* BFF reunion with my college roommate, Amanda - our first time together in 15 years!!! :-O We had an amazing lunch at Southerleigh Fine Food & Brewery and dessert at Lick Honest Ice Creams. We won't let it be so long ever again - it was like no time had passed! Seriously, like we'd only been apart a few months. I've always felt that way about our friendship, since we were 16-year-old high school roommates at Davidson July Experience 22 years ago. I can't believe we didn't take any pictures together on Saturday, though!
Labels: all about us celebrations cheer Davidson food friends kids stuff I recommend