I won’t even keep you in faux suspense: JB got a new job! But it’s the backstory that shows God’s hand...

He began his last job almost 2 years ago, and truly, it was also an answered prayer at the time. But the commute was literally 45 miles EACH WAY - well over an hour with no traffic...& in Houston, when is there EVER *no* traffic? It was like going back to his most miserable days in Michigan: he was going to work ~4:30 AM & getting home after 9 PM, except that when he got home now, the business calls even kept going until midnight. Always exhausted & completely drained. He couldn’t go to a single one of Will’s football games this year; he didn’t even know Will had a new number until he saw the scrapbook I printed. :’( He & another lady were elevated & installed as the 2 HR heads when the company was bought out last fall. The other lady did 10% of the work, JB 90%... (Why? B/c he will never let something purposely fall apart; his personal work ethic is *excellence*.) But in addition to being utterly miserable, he started to get a bad feeling the last few months, so he became very serious about a new job search. Turns out, the new management that took over last fall – and who had never personally met with him even once – randomly tapped the other lady to take over running *ALL* of HR, and JB was told he was being let go, b/c they were just going to do everything with one person...

...on the very day *after* he went in for his first personal interview (after a couple phone interviews) with the new company!

No one usually wants to be let go, but y’all - can you see what a GIANT BLESSING this was??? He was so unhappy, burned out, overloaded, & stressed beyond any work environment I’ve ever seen him in, (& we’ve been together 20 YEARS!) This blind new management call was literally a gift from God. If it would have been based on merit, he’d still be stuck there with more work from the other lady, still overburdened, and certainly throwing himself into it even harder, even to his own detriment, b/c that’s how he works when there are problems to fix. He was thisclose to quitting as soon as a better job came through, anyway, but get this: b/c he was officially let go, he earned a severance package = additional payment he would *not* have gotten had he quit first!

Can you handle hearing about even MORE of God’s provision?! In addition to having the great interview with his new job the day before the old cut him loose (so we didn’t freak out in the slightest, b/c God gave us so much peace & confidence about the prospect of this new opportunity!) and getting severance from the old when he was ready to leave anyway, the new is only *25 minutes* away - 17 miles instead of 45...and get this: it’s RIGHT BY my big corporate fancy gym in the city where I teach PiYo!!! Talk about a lifestyle change for us: he’s going to join my gym, go in & workout in the mornings (he does like getting up early & already has the habit,) and then get ready for work there. (It’s literally like a spa - hot tubs, steam rooms. Very seriously, I choose to shower more often there at the gym than at home!) This is another major answer to prayer: he stopped working out in the weeks before he started that last job and hasn’t had the time or energy to invest in self-care since. I just want him to be healthy! I pray for it all the time, and it’s just so cool to see how God worked this out!!! Ooo, and the kids & I can have lunch with him any day I’m over there teaching during the summer.

He started last week and on Day 2 flew with everyone to Orlando for their all-company annual meetings. (That’s where he was on Valentines & why I was actually happy about a work trip! :-D) Such great timing to get to meet everyone in the company, get a serious overview, and really see what he’s getting into right off the bat. Y’all, they stayed at Disney. :-O Grand Floridian. :-O Private backstage & underground tours of the Magic Kingdom & Epcot for fun & team bonding. :-O (Were we jealous when we heard??? YES!!! :-D :-P) But sooo thrilled for him, that this fresh opportunity seems poised to infuse so much positivity & quality back into his work and our family life!!! Thank you, God! 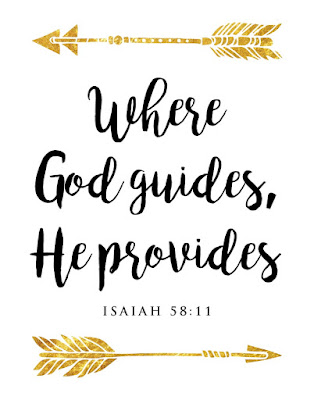 Labels: all about us celebrations God marriage