Bring Out the Heat

That Friday night, we (the moms) had planned a team bonding event: we got a great deal on & split the cost of a party bus to take the girls out to teppanyaki dinner & then dessert. They felt sooo special and had an absolute blast: 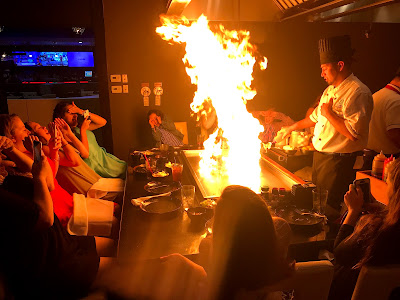 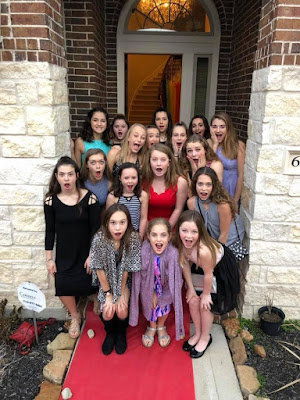 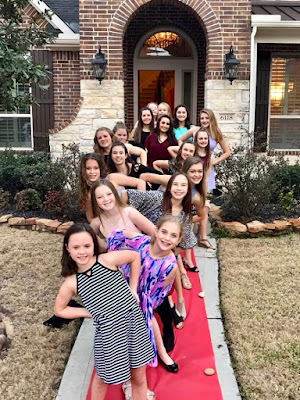 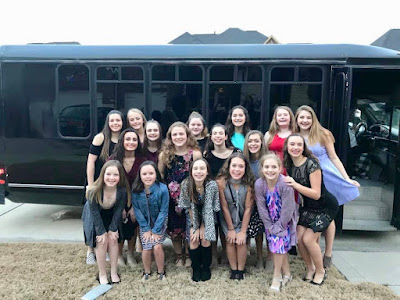 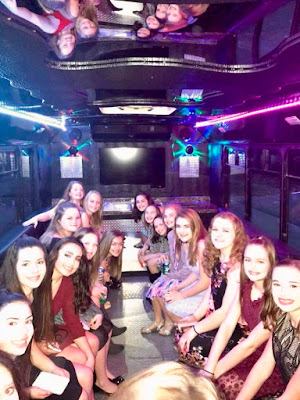 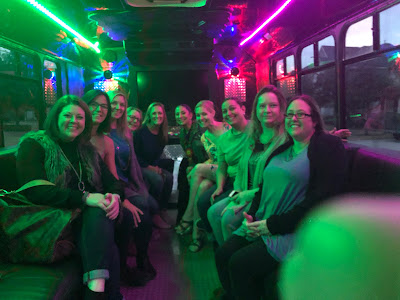 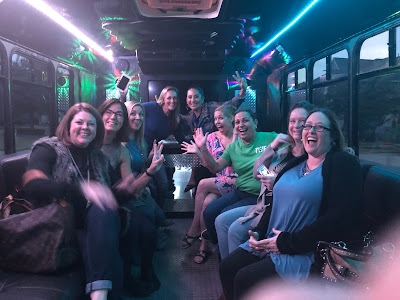 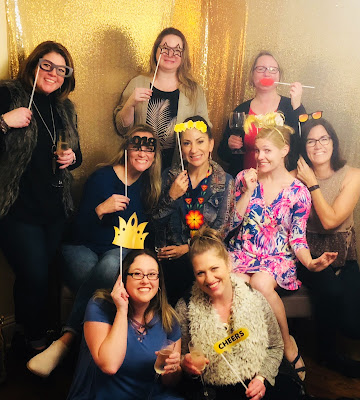 Yes, they’re already together for many hours each week, but rarely in a relaxed, fun friend situation. It’s normally just hours of practice, so them getting to hang out off the mat & really connect as friends will hopefully make their performances on the mat even stronger!

This theory bore out that very Sunday: Heat & the one other team from our gym who has also earned a Summit bid were invited to participate in a special extra competition. There were no bids to earn, which is why none of the other teams from our gym participated, but the Grand Champions would win $5000!!! If one of our teams won, our gym owners said they would split the $5000 equally b/t every member of the team to put towards our Summit trip costs. It was a big gamble (we had to pay $80 per athlete to attend) but everyone agreed the best practice is competition, and we didn’t have to travel far (only 30 min!) so we went for it!

Our gym’s other team (Junior Level 1) went before us and was perfect! We were sure they would be in contention. The other Senior Level 2 team against us was no competition whatsoever - they had a much lower level of difficulty, and they had multiple falls. Our girls hit the mat STRONG! We *did* have a stunt fall (not Annelise - her elite group was perfection!!!) which was really disappointing, b/c the rest of the routine was stellar, and if that stunt would’ve stayed up, we really thought we could’ve won the $5000! 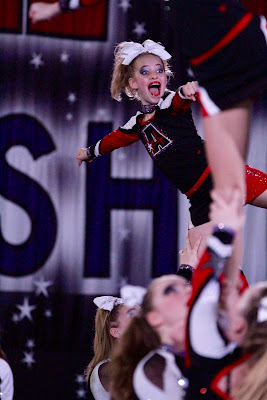 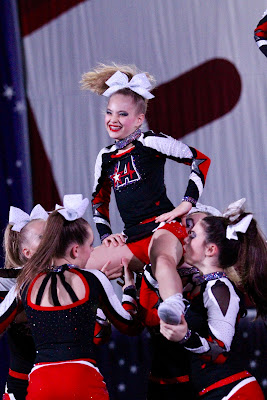 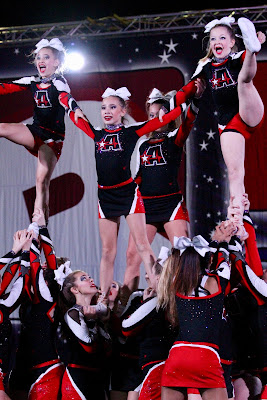 At awards, our Junior 1 team won their junior division and were high point champions for every age group in Level 1 - we knew it! Well deserved!!! If we couldn’t win the $5000, we really wanted them to be able to! When they got to Level 2 awards, we knew we would win our senior division, but with the stunt fall, we thought that was it. Hey, at least we won something!!! 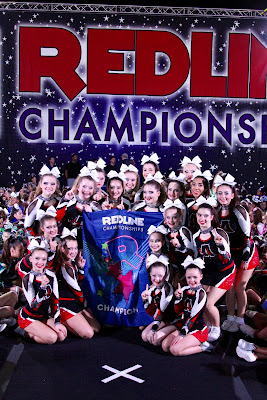 The level competition really was kind of light, though, and there were a bunch of Level 2 teams who also had stunt falls...

...so the overall Level 2 high point championship went to HEAT!!! :-O We all screamed with excitement! That definitely soothed the fall a bit...but also made it really sting, knowing how truly close we were. 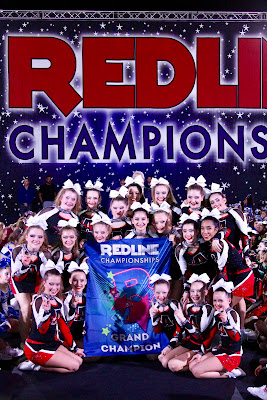 Time for the overall High Point Grand Champion $5000 presentation. Everyone cleared the mat, except for the five different level high point champions - the only ones in the running: our gym’s two teams + three others. We thought our Junior 1 had this in the bag...

!!!!!!!!!!!!!! Apparently our difficulty & overall technique were enough to overtake everyone, even with that fall! STUNNED!!!!!!!!! The girls won champion jackets & gold medals, along with the check: 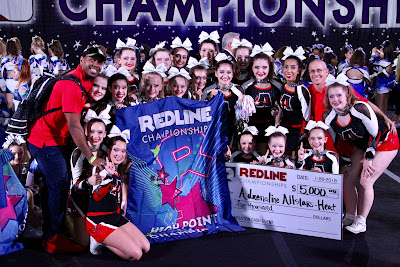 All the girls from both of our gym’s teams together with everyone’s jackets, multiple banners, and Heat’s check: 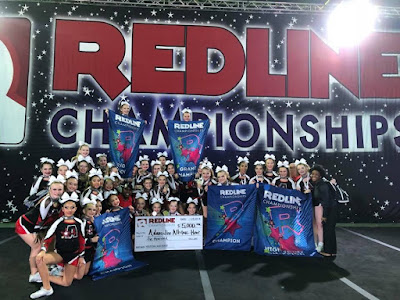 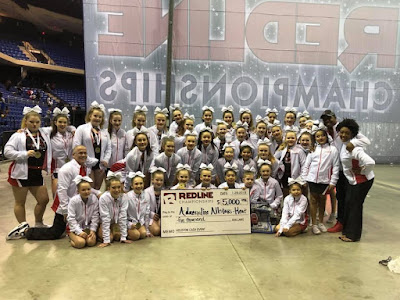 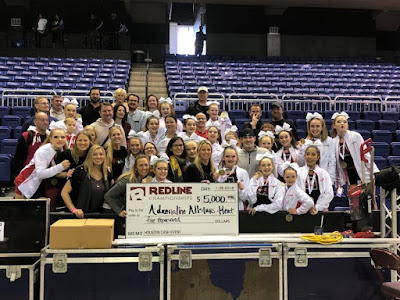 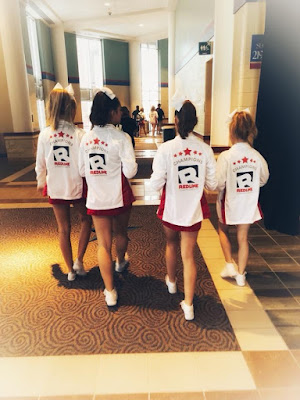 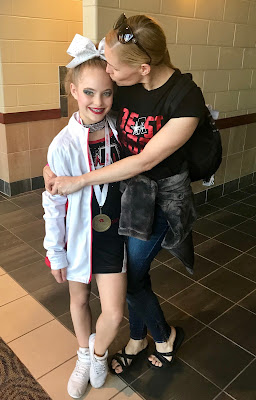 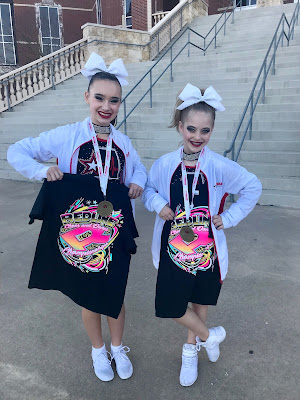 Now this was a relatively small comp, which was the whole reason why our gym felt like it was a worthy gamble. If we aren’t 100% perfect at NCA (the ultimate nationals!) in Dallas late this February or at Summit in May, we literally have zero chance of even top 10 in just our Senior Level 2. We have a *TON* of work to do to keep preparing...but it DID feel AMAZING to have our girls come through like this!
Labels: all about us celebrations cheer friends kids stuff I recommend