Beneath a Scarlet Sky & A Night Divided

After The Nightingale & Lilac Girls last year, my one accepted follow-up recommendation *just* became my turn off the library holds list: LOOOVED Beneath a Scarlet Sky. 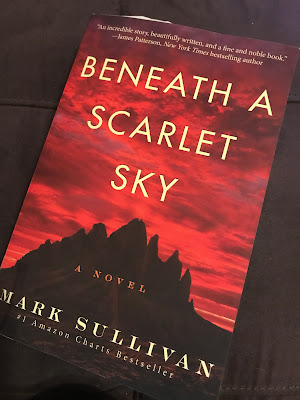 If WWII history is your jam, (obviously I’m an avid buff!) it’s a must-read. This is based on all TRUE people & events, which I love even more, b/c I get attached & appreciate knowing it’s real, (I didn’t waste my time reading some fake junk.) Now I’m very seriously obsessed with the idea of exploring every setting in the book! Milan is a part of Italy I never got to visit or explore; I learned so much about it in this book, I can’t believe now that I passed right through 19(!) years ago on a train to Florence. I want to see Casa Alpina in Motta, too, (but preferably in summer :-O) and for the record, “Nessun Dorma” has *always* been my most favorite aria. Let me know if you read this, so we can chat! (I won’t share much else here; I despise spoilers!) Suffice it to say, I’m ready to go to Milan (& Venice) at a moment’s notice... (My birthday’s this Monday - just sayin’... ;-)) 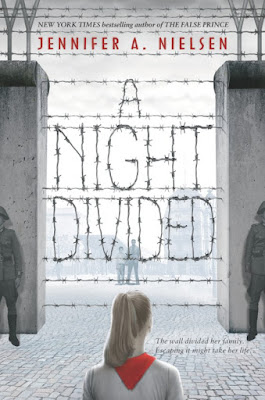 I figured it would be a fast read (even for my slow-reading self!) and it’s not WWII, but it *is* my next “most intrigued by” historical era: Cold War East Germany! (The German major is still strong in me! :-D) All these poor people who survived WWII, just to be walled in by the next oppressive regime, viciously spying on each other, each battling internally over accepting their grey communist fate or risking death to dream of the West... Maybe it’s extra fascinating b/c it’s something I actually remember from *my* lifetime. This is the first time I’ve ever wanted to read something Annelise had to read. :-P I finished first, so I’m excited to chat with her about it! (Hey, this is as close as I’ll ever get to a book club! :-D) I’m interested to hear if she can even fathom a grocery store not having butter or only having some cabbage & stale bread; if she can imagine not being able to speak freely in her own house, knowing it’s bugged by agents spying on her family & who think that at just 12 years old she’s already an enemy of the state.

I just had a personal revelation: I absolutely despise post-apocalyptic, dystopian stories. There is not a genre I dislike more. I think the reason why is because stories like A Night Divided are actually real – they have really happened, and in our lifetimes. Why invent tragic fake fantasy, when we can honor those who fought through & survived actual, historical dystopian regimes? I think it’s incredibly dangerous to not know what all has really happened in the past...
Labels: all about us books Germany kids stuff I recommend