NCA is the largest cheer competition in the world: 43 states, 10 countries, 6 competition stages going from 8 AM to 10 PM for 3 days in a row. (Want to see what the highest levels look like? Check out the official 2019 NCA wrap video.)

In Annelise’s 3 years of allstar cheer, NCA has always provided the highest hopes…and biggest team disasters. It’s a 2-day competition; one day would usually be ok & the other disastrous. *ugh* NCA judges also score notoriously tough – Day 1 last year, her team hit zero & thought they were at the top! Nope - they were in 7th. #devastated (Then they were down on themselves & fell apart Day 2.) Last year's team was definitely more bonded & successful than this year's, so to say we arrived in Dallas last weekend with cautious optimism would be accurate.

We rode & roomed with BFF teammate, Ashlyn, & her mom, Kate. For posterity, I have to note that our hotel had the most delightful thing ever: a robot that brought extra towels & supplies ordered from the front desk up to our door! We. Were. Obsessed. 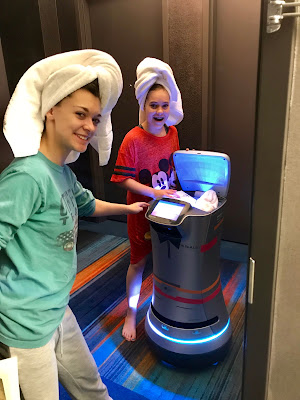 You better believe we kept inventing items we needed to be delivered to our room! :-D The girls even followed it down the hall and watched it “mind-control open” the elevator to go “home”! :-P 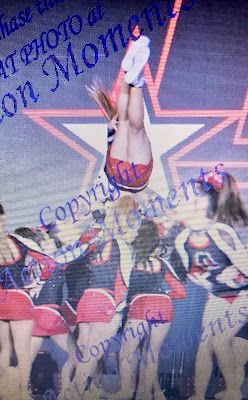 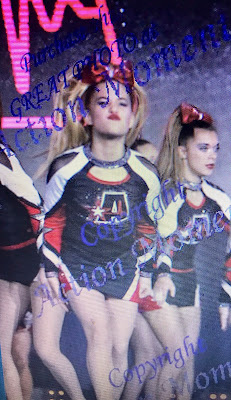 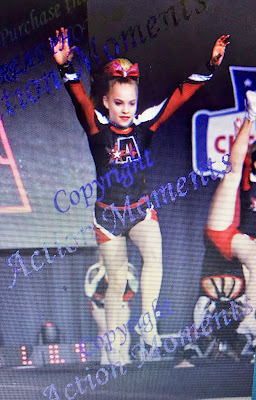 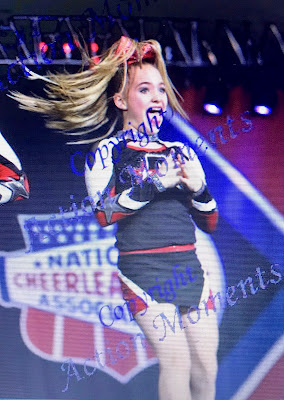 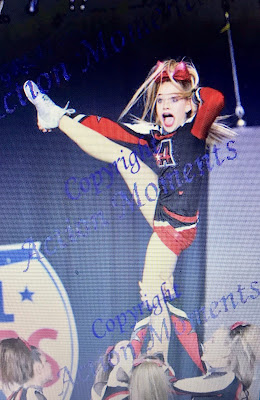 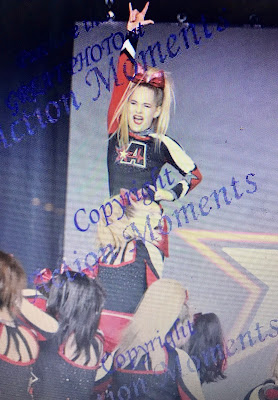 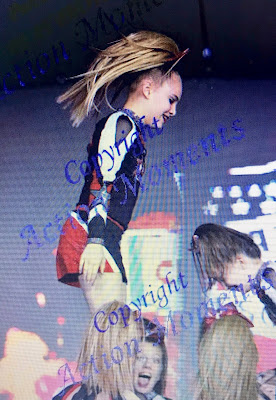 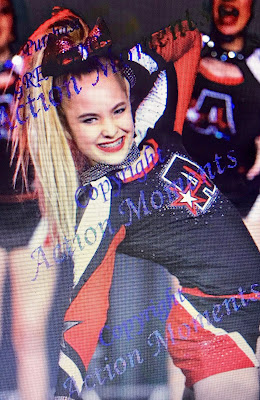 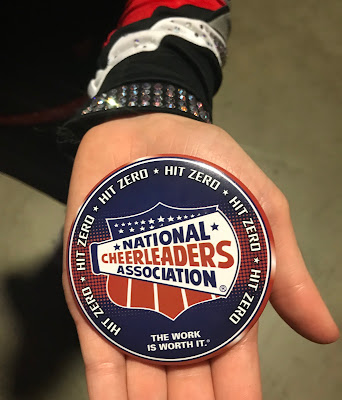 [What does “hit zero” actually mean? Good question! “Hitting zero” means zero deductions for stunt falls, touching the ground during tumbling passes, etc. It doesn’t mean you were perfect, but it means you didn’t have any routine disasters that couldn’t be saved. Zero isn’t the score, but it’s the number of deductions you have off the raw 100-point scale score you earn for all the skills that you *do* do. It’s RIDICULOUSLY complicated, but hitting zero is awesome, b/c it means nothing came crashing down to the ground.]

They were sooo proud to earn “Hit Zero” buttons – NCA is such a pressure cooker, and the chances of winning going against more teams than you will at any other competition in your entire regular season are so remote that earning these buttons REALLY means something. Well over 20,000 athletes will NOT walk out with the winners jackets; but hitting zero can be like a team personal best: technically attainable for any team, but in reality, an enormous feat on a stage with stakes this high. 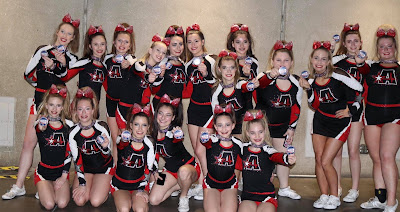 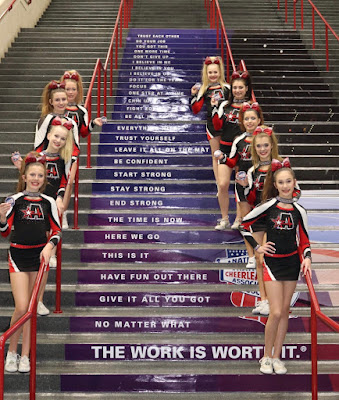 The kicker is, not only did Rage hit zero, but they gave their strongest & most energetic performance of their entire season! When the scores were posted online that night at 11 PM, they found themselves in 6th...but it was a POSITIVE 6th! The top teams’ scores were fairly close together, and Rage earned the highest score we had *ever* received! Ever. 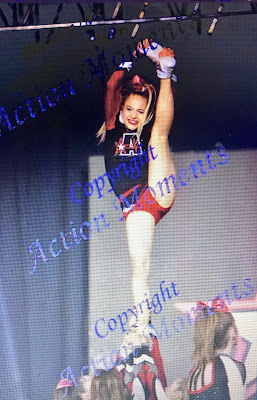 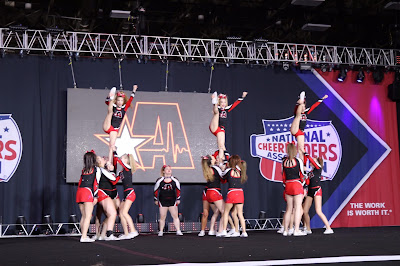 RAGE HIT ZERO TWO DAYS IN A ROW!!! 2 days in a row AT NCA!!! What a *HUGE* accomplishment!!! Those double buttons are a double batch of honor! No other team in our gym attained this, and it felt amazing: 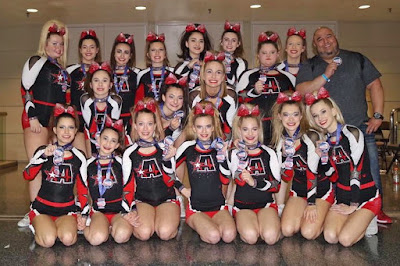 We also moved up 1 place on Day 2 to finish 5th, even when our Day 1 routine was slightly better. (Day 2 was shakier & not as energetic, but our score shockingly didn’t tank! Day 1 is 25% of your score, while Day 2 is 75%.) Another major marker of success: we beat our big rival team this season - the team who has beaten us handily 3 other times Dec-Feb & whose routine we all unfortunately think is the most crowd-pleasing ever! They were in 4th Day 1, but completely crumbled Day 2 to finish 8th! (Falling apart can literally happen to anyone, even the top teams; that’s why the consistency of these 2 zeros, especially at the largest competition in the world, is so significant!) 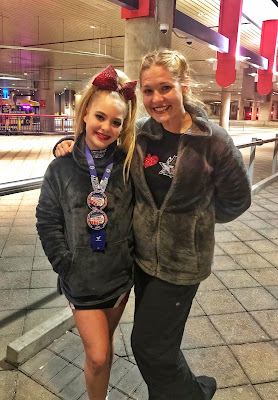 So Rage didn’t win it all, but NCA was STILL a success!!! TOP 5!!! TWO ZEROS!!! HIGHEST SCORES OF THE SEASON!!! #theworkisworthit