Red & Black: Bring It On

It's finally official from our youth football league: I'm the new head cheer coach of the JV Falcons for fall football! It's bittersweet to leave the Texans (how cool is it to get to cheer for the hometown NFL team?!) but having our family united on one team instead of split in two all week for practices (last year cheer was M & W, football T, Th, F) and for games will be such a blessing! Just like JB's coaching commitment, mine will also be a multi-year stint.

So bring on all of the red & black Falcons spirit wear & paraphernalia you can find! Anything Falcons that doesn't also say "Atlanta" (sounds tough, but there's a lot out there with just the main logo & colors! Trust me - we're having to hold ourselves back! :-D) 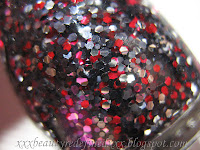