We're playing almost every team in the league twice this season, which I actually love, b/c it gives us a second shot at them all! Our first regular season game of the year on September 12th was against our über-nemesis: the Cowboys. We all know about their dirty, shady ways...but at least this time, they were the least underhanded they've been. (Again, not saying much, but...) We lost a heartbreaker, 0-6. We had a TD called back - it was gut-wrenching. I don't want to think about that final score. Let's focus on the positives: we still controlled the ball 80% of the time, Will played well, and my girls looked AMAZING!!! Our "Uptown Funk" halftime performance was awesome:

(Annelise is the flyer on the left in the stunt that crosses in front to the right.) If you would have told me we'd be doing double moving preps at the beginning of the year, I would have been skeptically excited...and since then? We blew that out of the water last week! (You'll have to wait for it in my future report re: us vs. the Giants, whenever I can get pics from the football fams! Spoiler alert: we won big. ;-)) 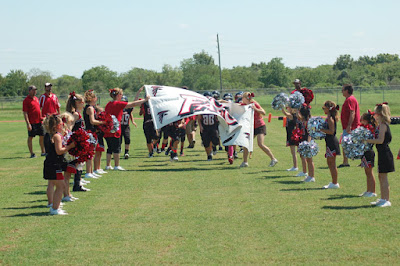 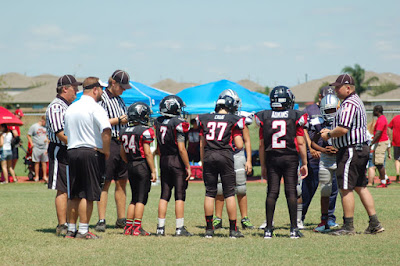 [Will finally earned being a captain!] 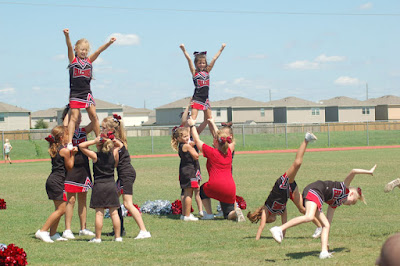 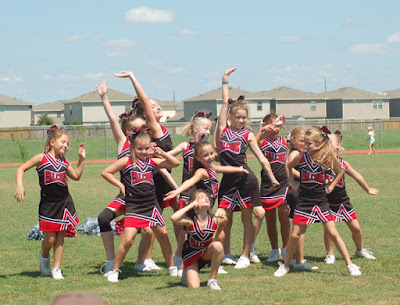 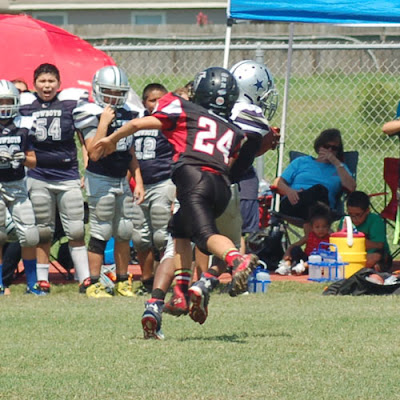 [Check out Will sacking their QB!!! I cropped in on this one. For perspective, check out the full pic below. He was so fast to get through their line!] 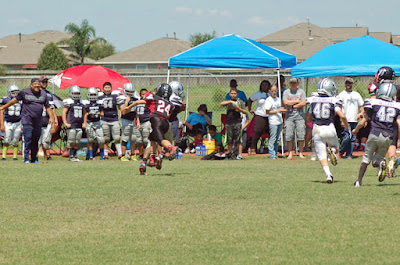 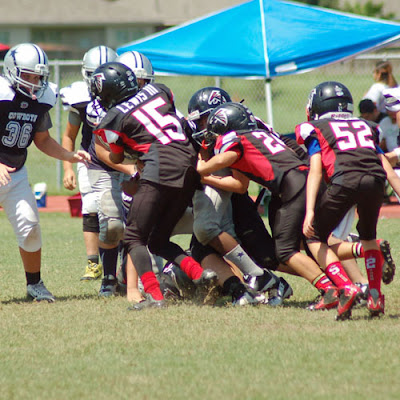 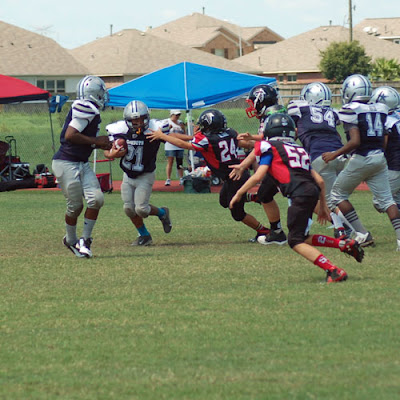 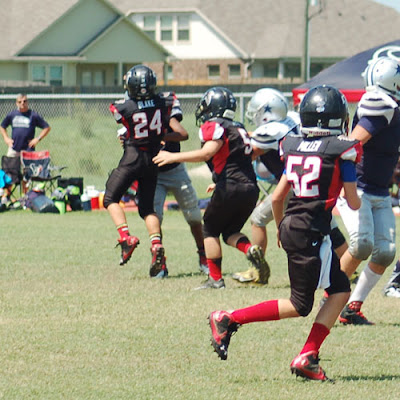 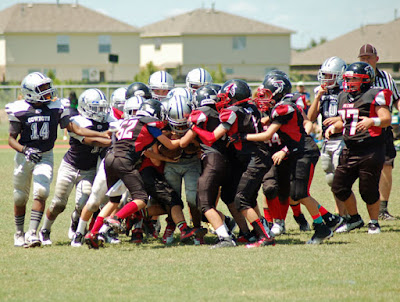 [I love this - you can't see Will at all...except for his socks! He was the first defender to get to the ball carrier, and all of his teammates joined in the gang tackle! Will's socks are striped red, black, & white, with a yellow stripe at the top. I told him he needs to wear those every week for identification purposes. ;-)] 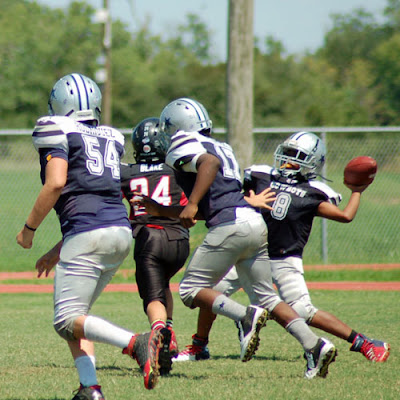 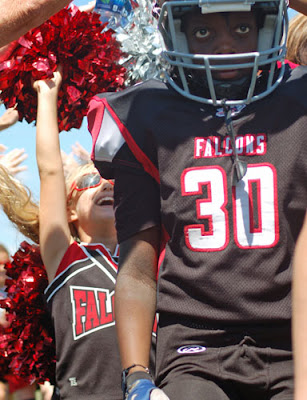 [I adore Annelise's joy here, coming through the parent tunnel at the end. Even though it was a heartbreaker, as evidenced on Sean's face, she never lost her spirit!]

Aaaaaaand we get the Cowboys, again, this Saturday... Yep, THIS Saturday. Thankful to be DONE with them after this week until the playoffs in Novemeber...and certainly planning on vengeance!!! :-D
Labels: cheer dance football friends kids music