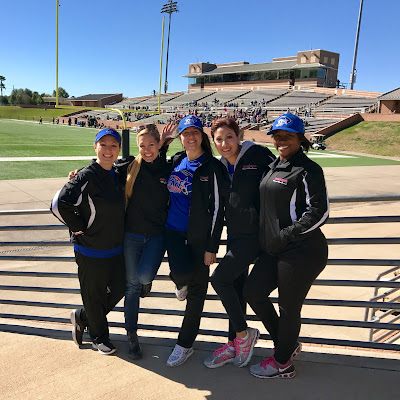 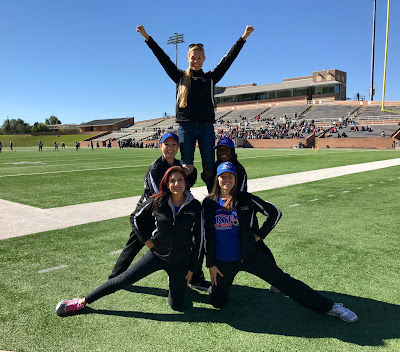 before hitting the road to Austin for Annelise's first-ever judged cheer competition!

Requisite Buc-ee's stop on our way: 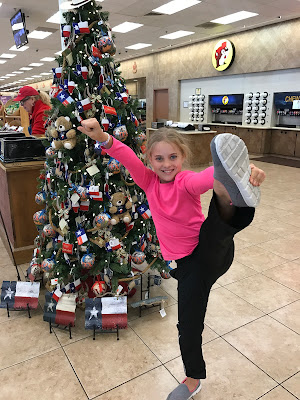 We actually had such a relaxing time at the hotel! Getting competition-ready from bow to toe: 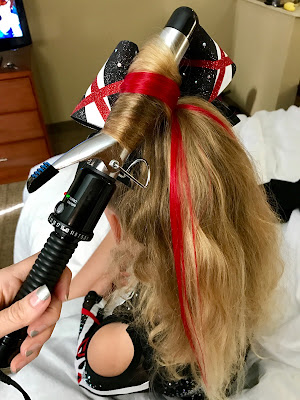 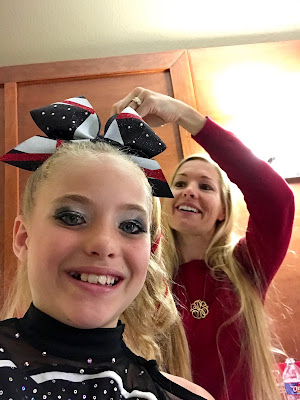 Cheer America 2016 Capitol Cup National Championship in Austin, TX was a total success for Annelise's team! 🎉 EXTREME won 1st place with ZERO deductions!!! No, I won't post any video until after competition season is over this coming spring, but I have lots of stills! 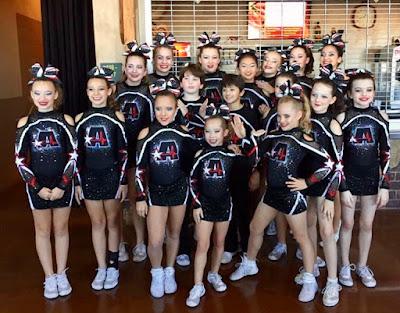 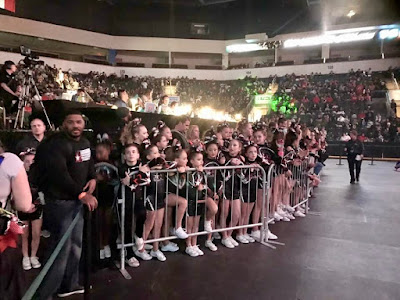 [All of the Extreme families and other Adrenaline teams
lined up in the arena to cheer Extreme to victory!] 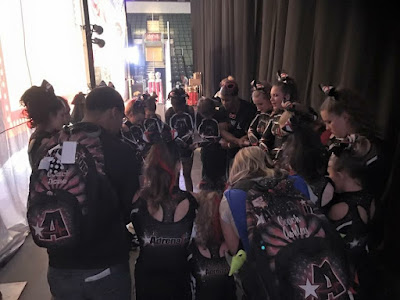 [Extreme praying before taking the floor] 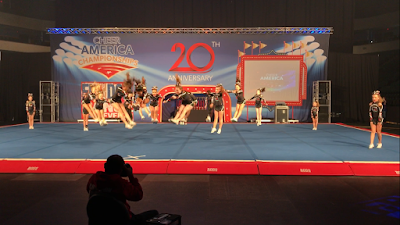 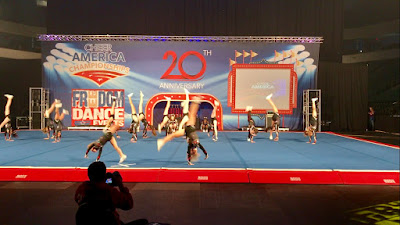 [Annelise is tumbling center closest to us] 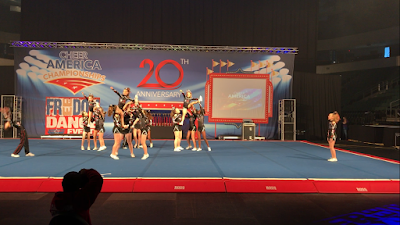 [Annelise = the right flyer, in the center of the photo] 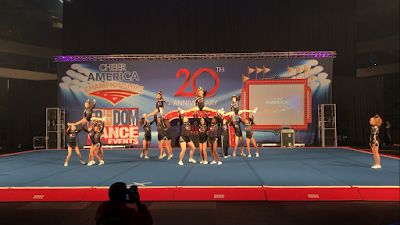 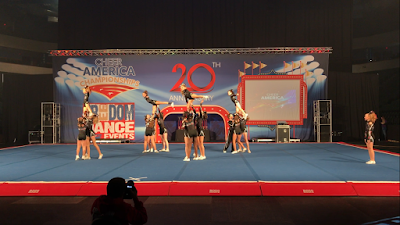 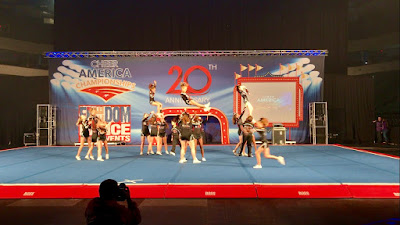 [A = coming down in a cradle, center] 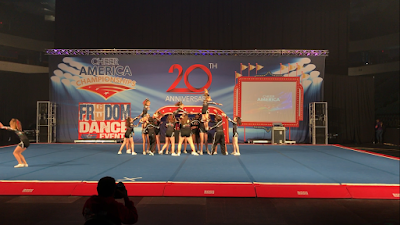 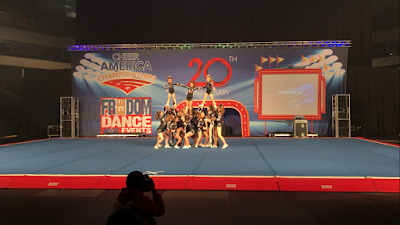 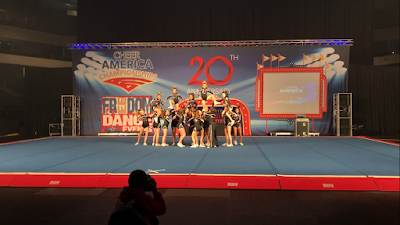 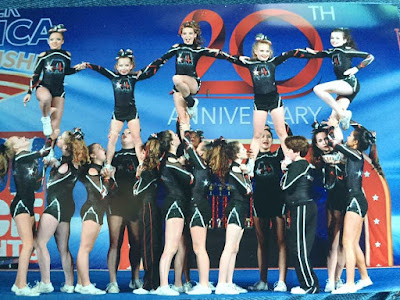 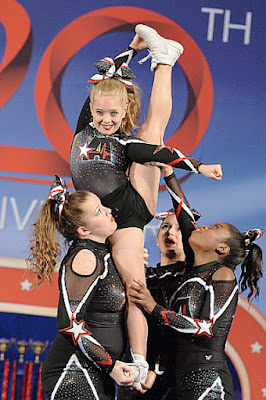 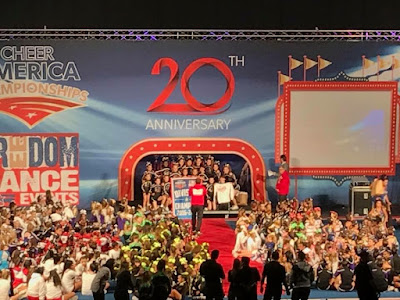 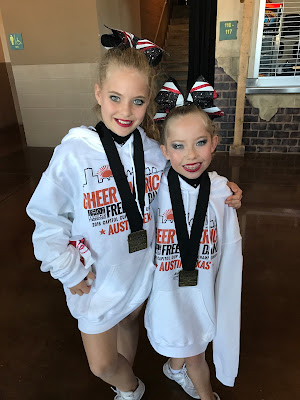