Here's our girls road trip to the NCA All-Star National Championships with 30,000 other cheerleaders & our first road trip to Dallas! I-45 N above Houston looks just like I-77 in NC...except I found another giant statue - Sam Houston - to obsess over, like the Stephen F Austin one on the way to Surfside!!! (I *love* huge stuff like this, & TX does it BEST!!!) 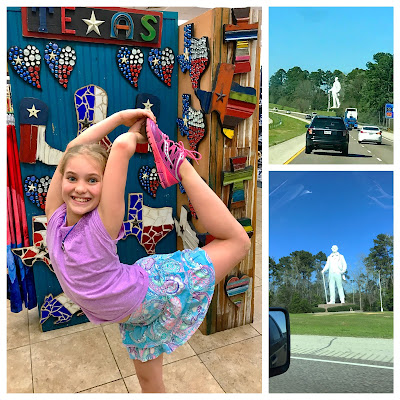 Competition-ready from bow to toe: 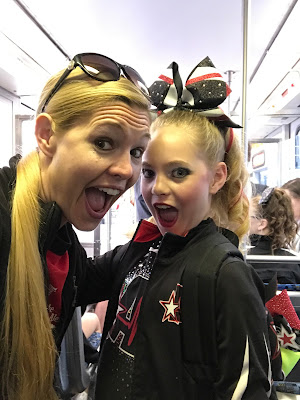 And ready to rock the mat with her 2nd team, Power (the youth team they asked her to double on.) Her main team, Extreme, (senior division) went later in the day each day. Candids from check in: 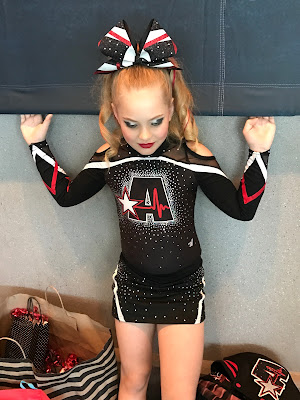 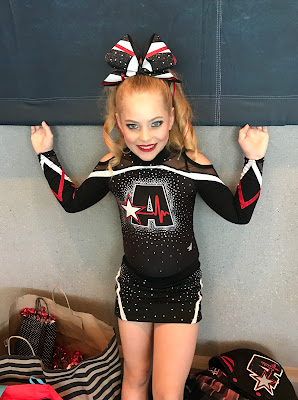 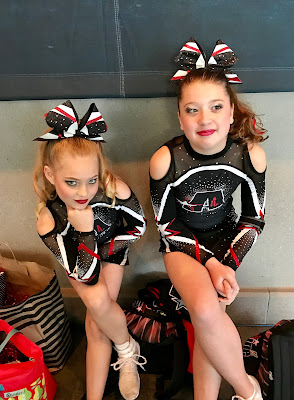 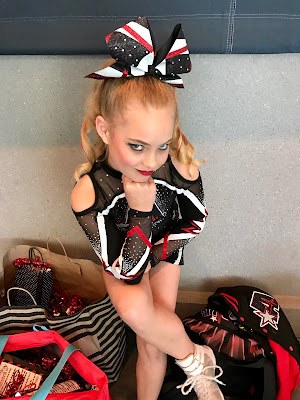 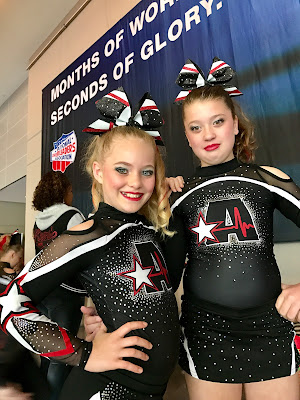 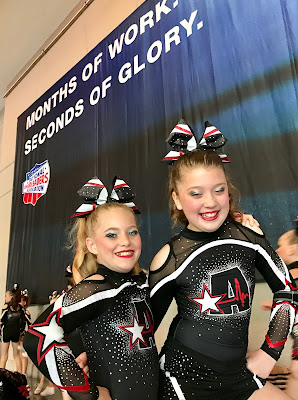 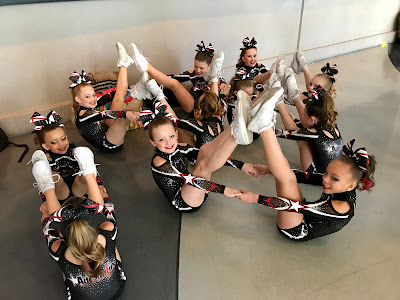 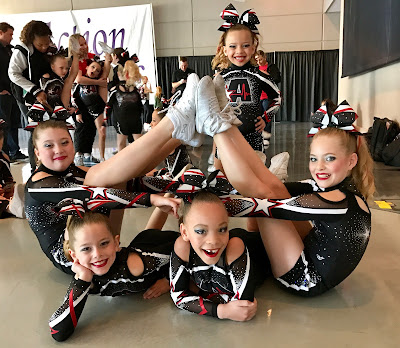 Getting ready to hit the floor!!! 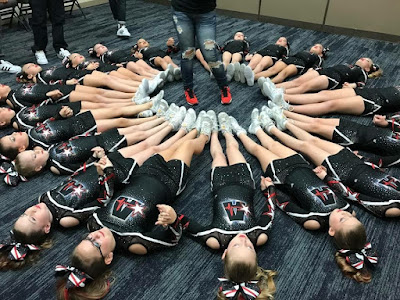 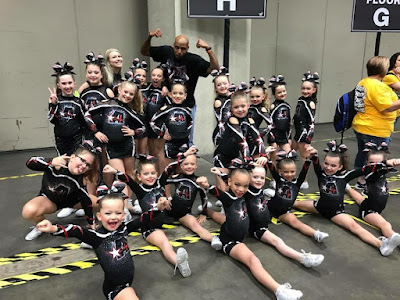 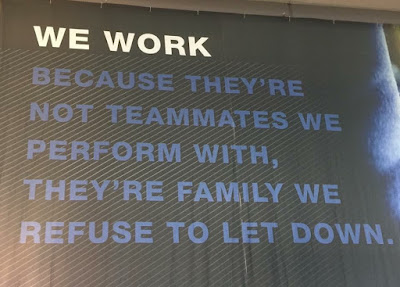 A few action proofs from the Power performances: 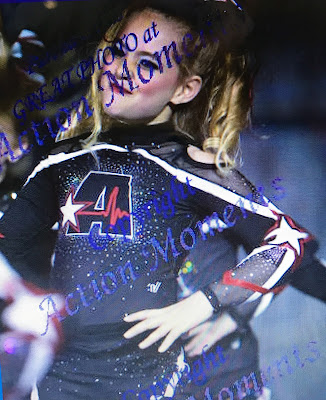 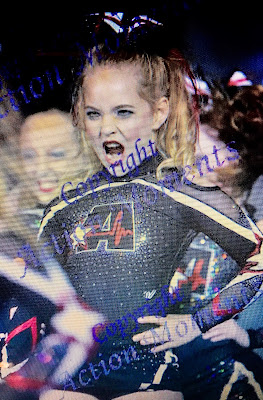 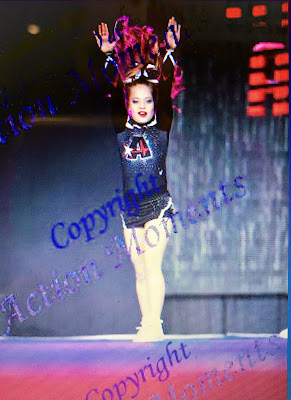 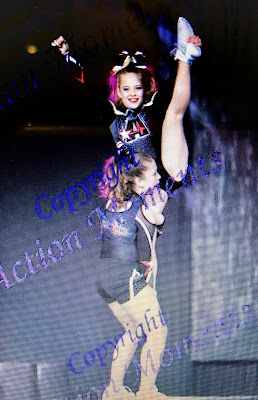 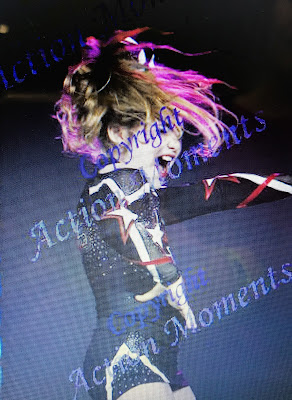 Watching playback with their coaches immediately after coming offstage: 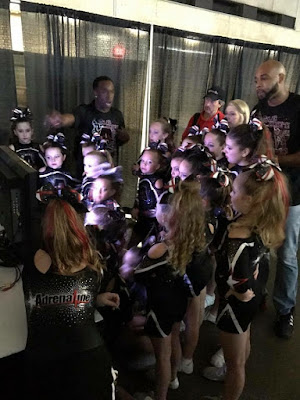 And Power HIT ZERO (no deductions!) Day 1! A huge accomplishment at NCA! Because the competition is so fierce, though, even with a zero deduction routine, they still only placed 9th in the country. The scores separating them from first were less than 1 point overall! (Technique & level of difficulty scores are also factored in with skill deductions.) 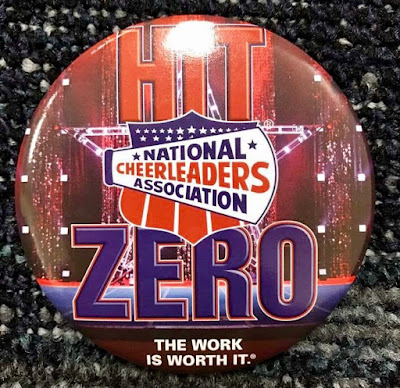 Watching the highest level teams in the Arena (the ones they show on ESPN!) and getting pumped for EXTREME!!! 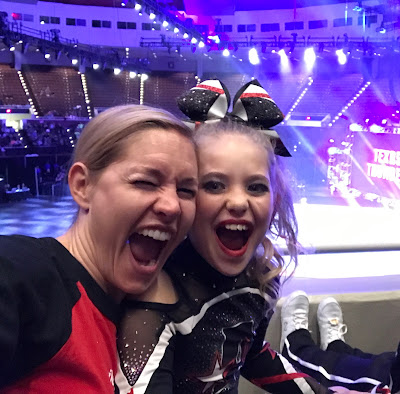 So much more to share... Stay tuned!
Labels: all about us cheer friends kids stuff I recommend