We had our first official Texas HOCO (Homecoming) with a high schooler last week. He’s a freshman boy, so he wasn’t into the theme dress up days (pajama pants day, twin day, character day) but we got a lot of involvement just through football!

Wednesday, he (71) marched with football in the HOCO parade: 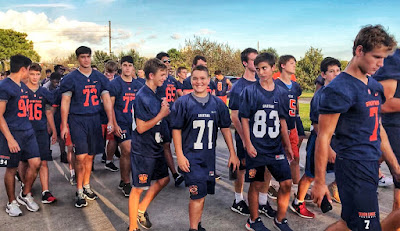 It was awesome - it began at the end of our neighborhood, so we just walked out to the road to watch. The dance team led the full band, followed by cheer, football, the HOCO court, & then trucks for different organizations. They paraded to school & ended with a pep rally.

Thursday, Will’s freshman HOCO game was a rout: beating Taylor 35-0 only a few minutes into the 3rd quarter, before the game was called for lightning within a few miles. We hated that it was cut short, but at least the win is completely uncontested! 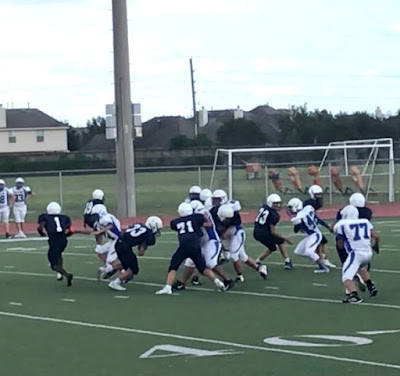 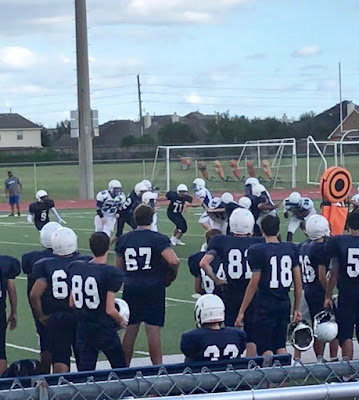 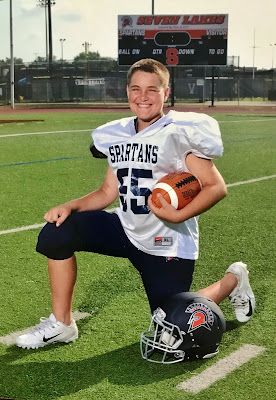 Sooo, he told me late Thursday night (at bedtime!) that he has outgrown every.single.item.of.dress.clothes he owns & had nothing to wear to the dance on Saturday... Yes, y’all: I had to take him shopping on Friday, the *DAY* before HOCO. :-O #atleastheisgorgeous 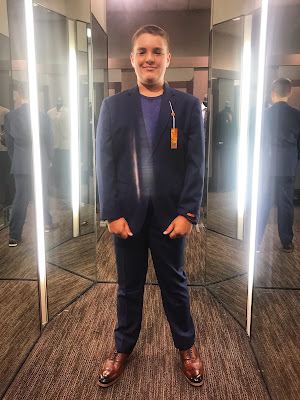 Friday night after shopping was the Varsity football game at our massive Legacy stadium (that NBC showed on Sunday Night Football! #gotexans #beatdallas) 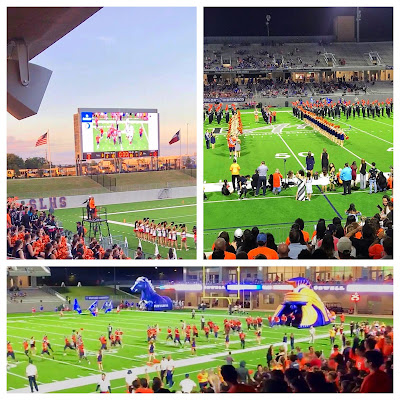 Saturday was the HOCO dance - the most hyped but truly least important aspect of HOCO for freshman boys. :-D (I do qualify the “boy” part.) 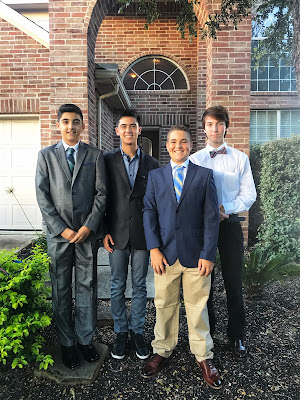 He went with khakis over the full navy suit; the legs look baggier here, b/c in the store pic, the tailor had already pinned the legs for alterations; but they didn’t have time to do them in less than 24 hours before the dance, so we had to forsake the tapered leg look. :-P

His group of friends went to eat & hang out before heading to school: 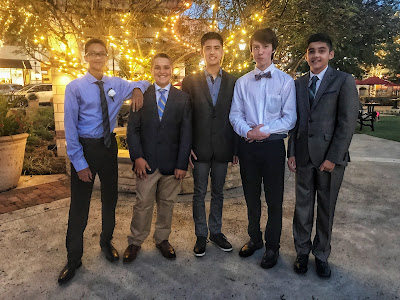 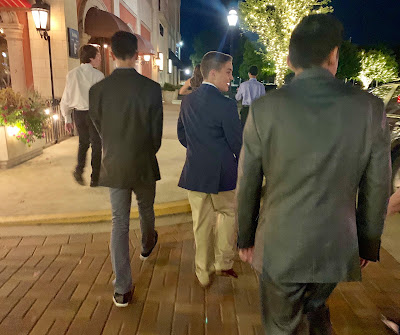 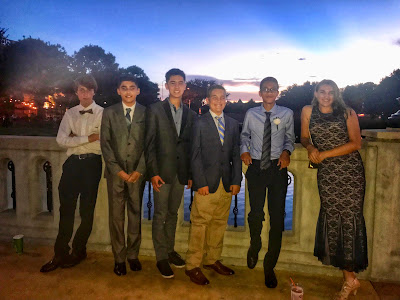 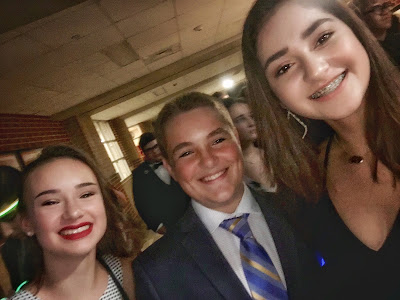 Wait until HOCO mums become a part of this experience for us one day...
Labels: all about us celebrations football friends kids stuff I recommend