I mentioned before that this allstar cheer season is quite a departure from the last few years; that is continuing to bear out in every way possible. While I’m not a fan of the decisions being made, I *am* extremely proud of Annelise & the way she is pushing through frustration to shine with excellence. The competitions her gym is attending this season are smaller, but as opposed to the last couple years, they are winning it all every time! Winning isn’t everything, but it surely does feel good, esp. when they only outright won one last year & when this *IS* by definition “competitive cheer.” 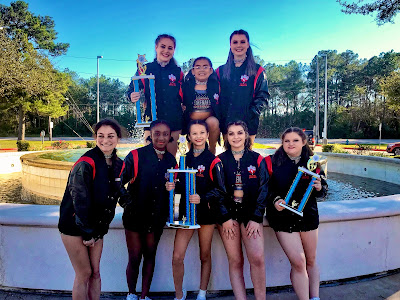 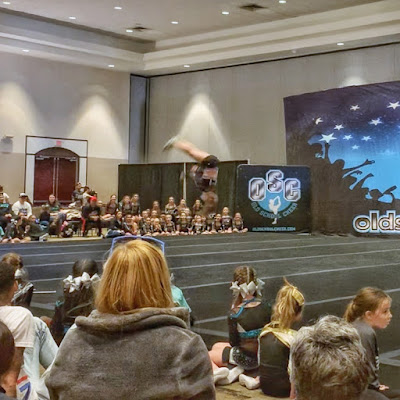 January 24th-25th had us in San Antonio for the Southern Showdown. We were required to stay over Friday night, even though she didn’t compete until after lunch on Saturday, so we made the most of our girl time! We were so blessed to get a Riverwalk hotel completely on points with a free suite upgrade & late checkout! Yes, we totally enjoyed the high balcony views & the hot tub: 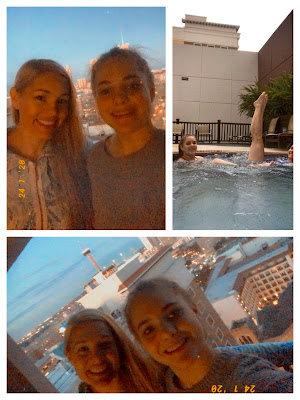 Friday night, we got to do the #1 thing I wanted to do that I’d never done there before: see San Antonio The Saga “This unique video art projection depicts the history of San Antonio, Texas, & the US. The Saga projection covers 7,000 square feet projected onto the majestic façade of San Fernando Cathedral, the oldest cathedral in the United States.” Absolutely mesmerizing. [Grandma & Grandpa - this began the spring after our visit!] It’s free, and the evening weather couldn’t have been better in January! My video clips aren’t as vivid as it was in real life - the stills are much more accurate. Look at the final pic at the end to see what the cathedral normally looks like!


On Saturday, I also got to savor my fave Kamut bread torta at La Panadería for lunch before heading to the coliseum. #bliss

Guess who added *another* National Champion jacket to her collection? (Count them: 2 in 7 days! :-D) 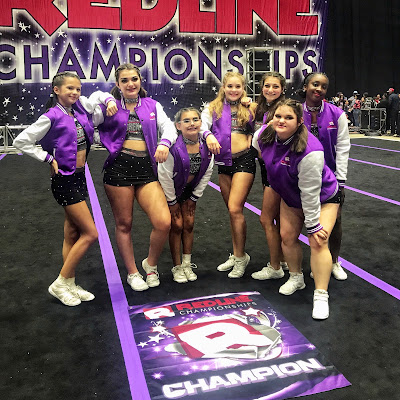 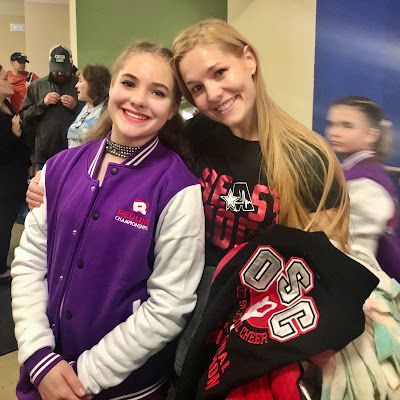 My favorite thing about the competition we went to in San Antonio is that competition company gives all of the teams some free close-up shots of their performances! What I didn’t know until after I went down on the floor to round up the girls as Team Mom after they got their jackets was that Annelise got kicked in the head in a stunt gone wrong during warm-ups right before they went out to perform. :'( I couldn’t tell from high in the arena where we had to sit, b/c she literally didn’t miss a beat in performance; but in the few close-up shots, I can see her pushing through the headache, fighting off tears. Now THAT is a champion teammate. 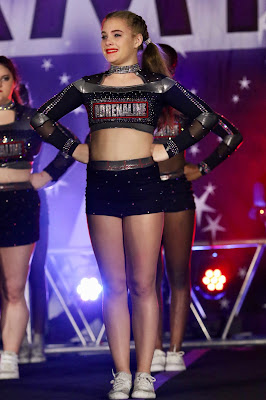 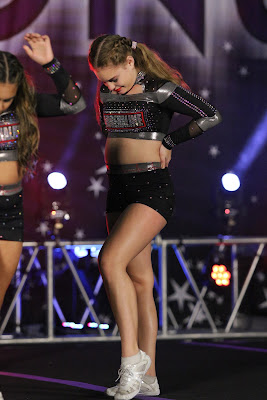 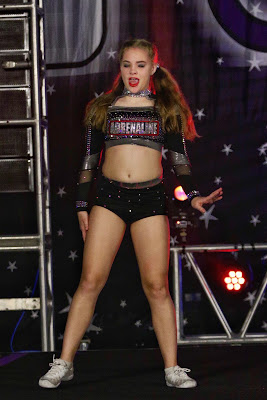 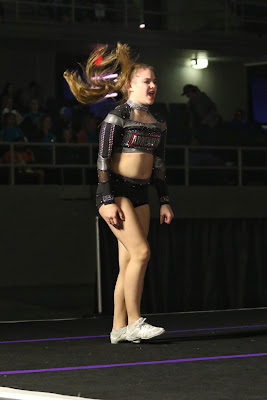 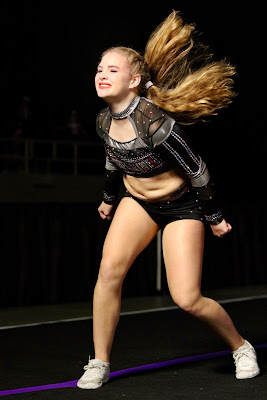 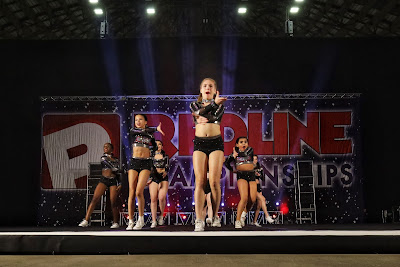 Ahead: one comp in February, one in March, & (again, unlike any season we’ve ever had before) at least 2 & possibly 3 in April! And an extremely joyous update: she HAS officially decided to try out for high school cheer!!! That will be the entire first week of March. Prayers appreciated! (I was a total basketcase last time; I make no promises for this time, but I do already feel less anxiety, knowing the process more fully. Also, tumbling is finally allowed for high school cheer in the tryout process, and since she hasn’t been able to fly in allstar this year, her tumbling has gotten stronger. Fingers crossed that she may be able to fly, again, in high school, as well...)
Labels: all about us celebrations cheer kids