Will played & JB coached in their very first select football tournament this past weekend. It was a learning experience - not in a "that's the only nice thing I can find to say" way! :-P :-D It really *was* a learning experience! We cobbled together a tournament team from ours & three teams we played against during the fall; they practiced together for less than three weeks, and we played on Saturday. We played against teams who have been playing together not only all fall, but for multiple years! (That wasn't a surprise - we knew what we were getting into. Like I said, we were in it for the experience.) Our boys got several extra great weeks of conditioning, bonding, and football. Will got to learn (& enjoy!) a new position (safety instead of his usual defensive end) adding depth to his arsenal, and he learned how to deal with a coach who does things differently than his old head coach (Daddy) would. (JB coached the offense; a different man, not from our Falcons team, coached Will on defense.) He had...different ways, but we told Will, "Who knows what your Junior High coaches will be like? You have to learn how to go with other coaching styles." And I'm glad JB was still at those practices to reassure him through - felt like a good stepping stone to whatever comes next. 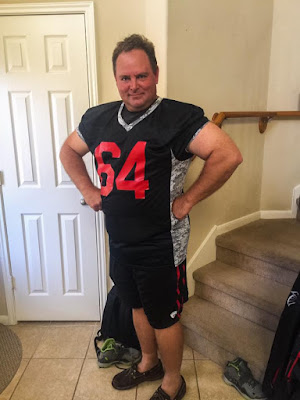 [This is what happens when WE'RE in charge of uniform ordering! ;-)]

For the love of the game!!! 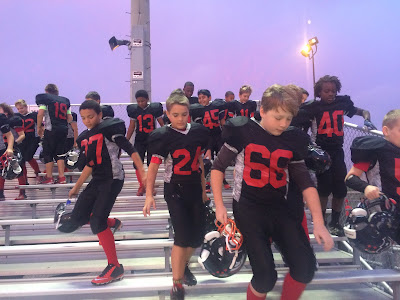 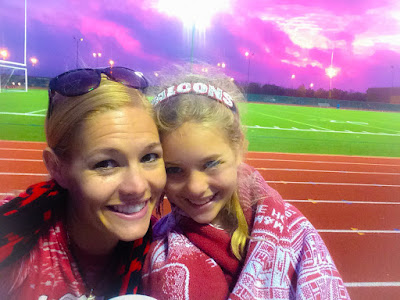 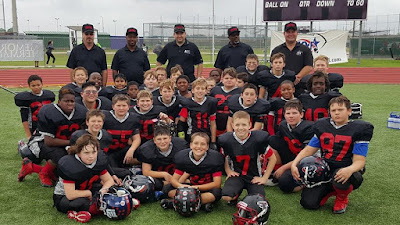 Labels: all about us football friends kids