Annelise & her competition team, Rage, had their first two-day cheer competition of the season this past weekend...and it was quite a roller coaster. Day 1 on Saturday wasn't great: the same elite stunt (not hers) that consistently comes down in practice also did in performance; energy was low, and the scores were not good. *She* personally did well, but it's a team sport. A few girls were being really negative afterwards - not ok! - but I was really proud of the way the rest of the team actively tried to squash those defeatist attitudes. Rage battled back Day 2 to leap up four full places in the standings. There were ten teams in our division, and each team went twice over the weekend. Out of those 20 routines, only three hit zero (no deductions) the ENTIRE weekend: two were the performances of the champion team (they deserved it; they were great!) and the third was Rage on Day 2! We may not have come close to winning, but we showed we can combat negativity and come back strong - an excellent life lesson for the girls! Radiating positivity: 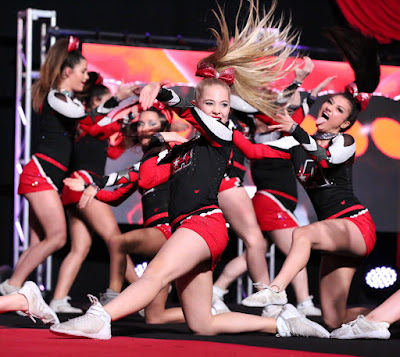 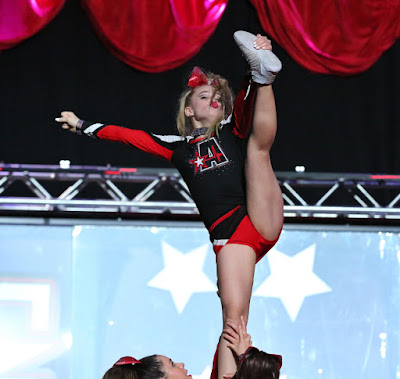 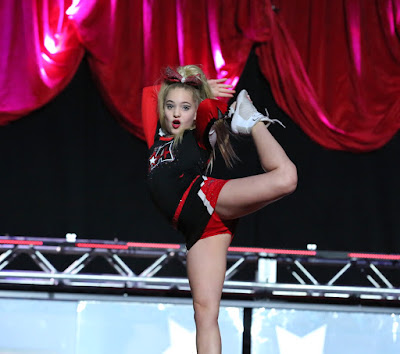 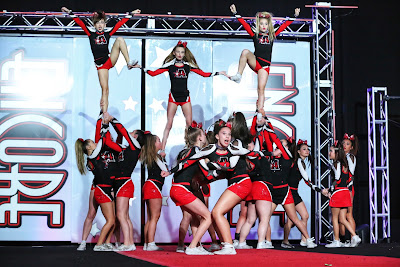 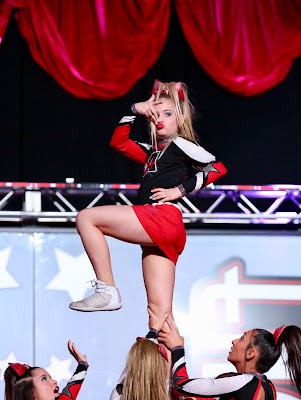 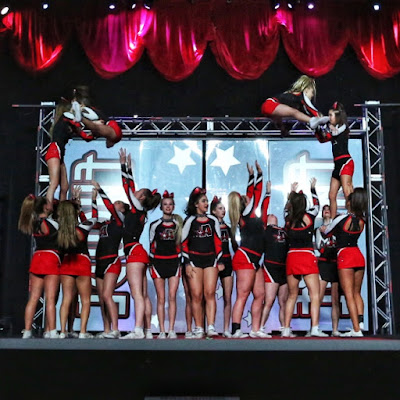 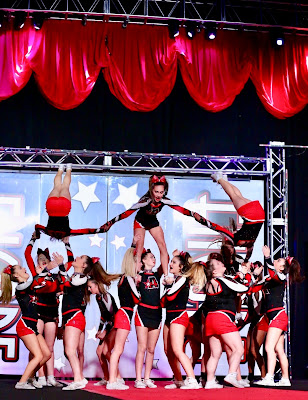 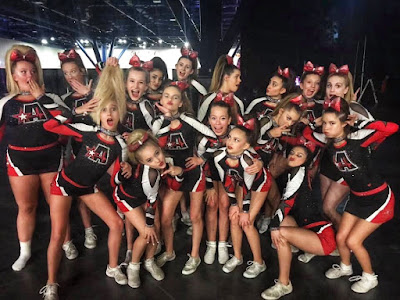 Annelise's "duckie face" in performance cracks me up! :-D Next comp: right after school starts back after break, so pray that these girls are able to keep their strength up over the holidays!!!
Labels: all about us cheer friends kids stuff I recommend