Will & Annelise had a ball trick-or-treating with our neighbors, Kailee & Lexi! 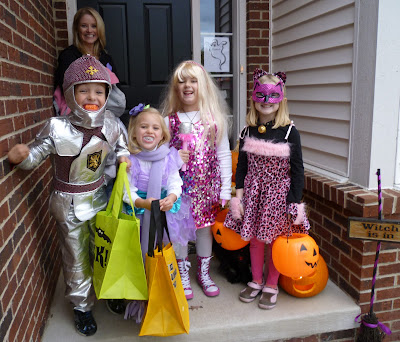 Will was a "Vampire Knight" & Sis was "Vampire Ariel". (They have no clue what vampires are, but they got those goofy teeth at their school festivals and thought they were SO AWESOME! :-P) 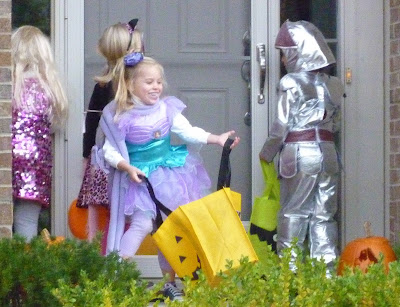 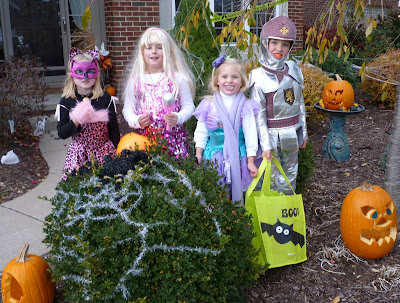 Why is it impossible to take an action shot of a group of trick-or-treaters w/o it looking like a crazed mob robbing some poor person hiding behind their door? 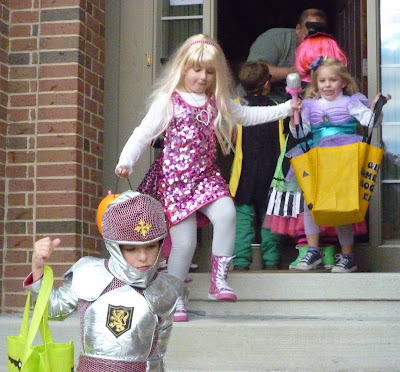 The best part of the day after Halloween? Sis said I could have her "recess cups" = ♥
Labels: celebrations kids