I went to my 10-year college reunion today at Davidson! I was actually surprised that the campus looked more different than any of my classmates did! 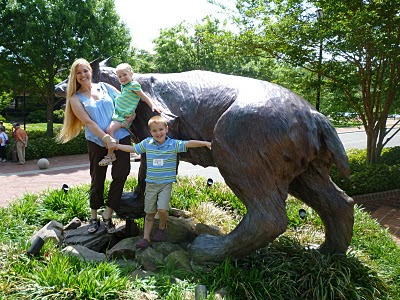 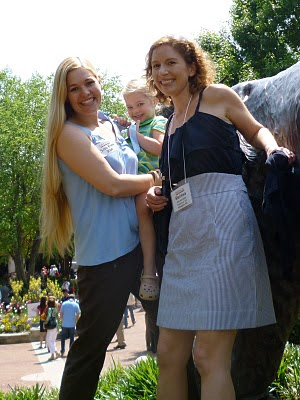 Will took this pic of me & Sis with my senior year roomie Melissa de Castrique Thomson. :-) 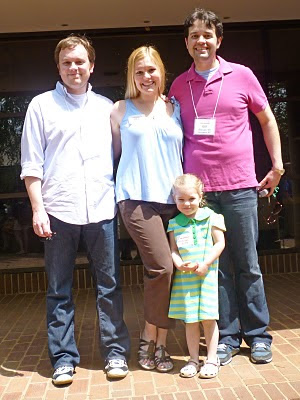 He also took this one of us with Chase Bringardner & Bill Stoops.

I took the kids inside Baker for a little tour. I showed them how I used to be a "Cat Card Girl" (everyone who came into the sports complex had to show me their ID; very handy for stalking hot guys coming in to work out...and how I really started talking to my future husband!) I showed them the basketball court & explained, "This is where they play when we see them on TV!" 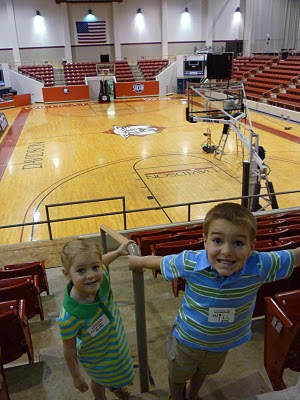 Out front while we waited to take our class picture, Will & Sis played "Wild Recon" (I told you they're obsessed!) in the bushes with Mary Perrin's son, Anderson: 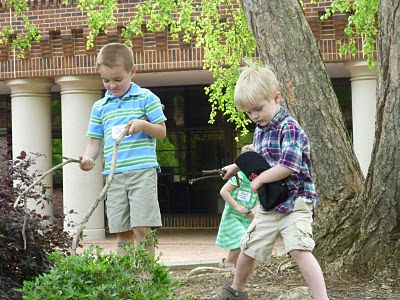 It really was cool to see so many familiar faces back again in the familiar surroundings where we were accustomed to seeing each other; but it didn't quite seem like such a dramatic gathering, since most of us keep up with each other's daily lives on Facebook. (Davidson is a tiny top school - 1,700 students total - so there's 1 degree of separartion max b/t everyone! The tight-knit feeling of community makes up for not having a nationally-ranked football team. :-P Although we *DID* make it to the Elite 8 in the NCAA Tourney year before last!)

It's a great day to be a wildcat! 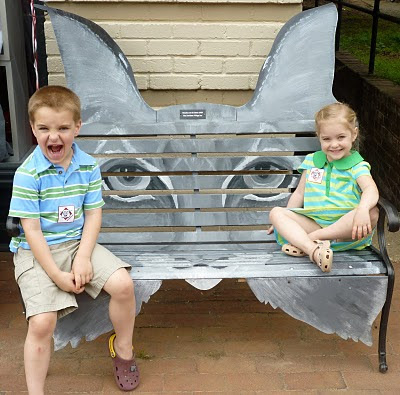 Labels: all about us Davidson friends kids