JB & I went to one of our cheer parent BFFs’ homes last weekend for an Ugly Christmas Sweater party...although, it really wasn’t “ugly” - it should’ve been called an Extreme Christmas Outfit party, instead! :-D I wore a red & white chevron dress I already had, but I garishly accessorized it with two crazy green feather boas & the pièce de résistance: I wore our old Christmas tree skirt as a cape! My cape won the night!!! JB was a fascinating mix of Oktoberfest, Christmas, & St. Patrick’s Day, while our other guy friends wore onesies, and our host put mesmerizing blue glitter in his eyebrows that matched his crazy Christmas sweater. :-P It was hilarious!!! We ate decadently - lots of international dishes, as our BFF hosts are Norwegian and had lots of Norwegian & European friends there - and we even had a friendly competition in three parts: name that tune (which I ruled!), who said the quote, & a Lego construction challenge! I am so thankful to have the friendship of these people so close with our family! 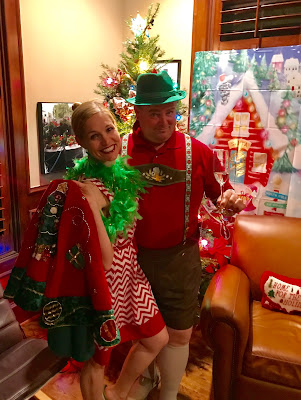 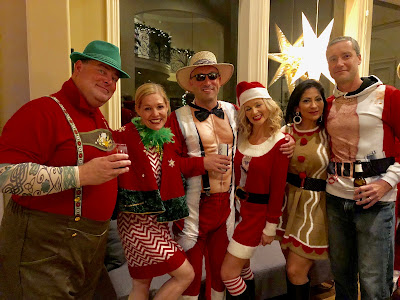 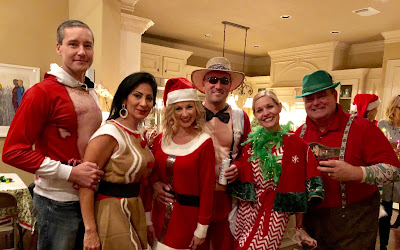 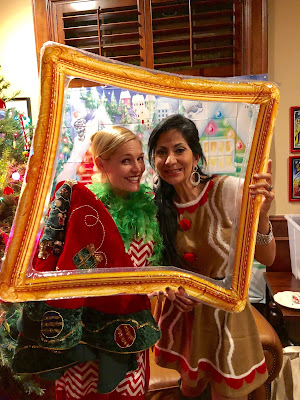 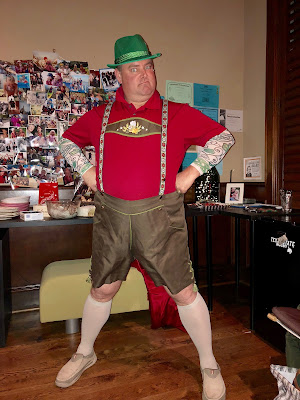 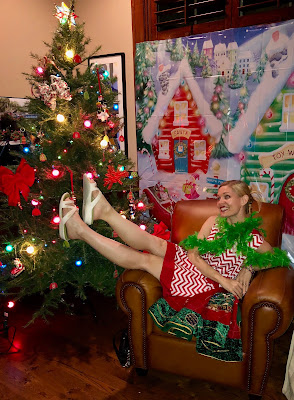 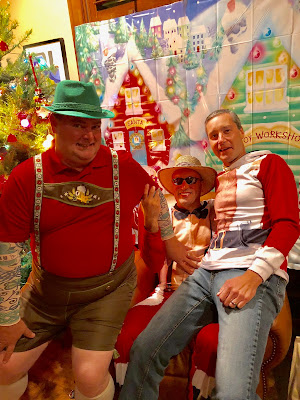 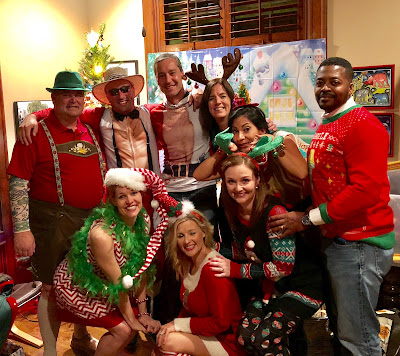 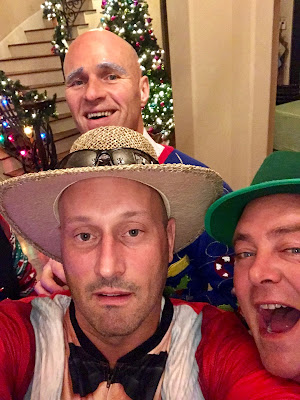 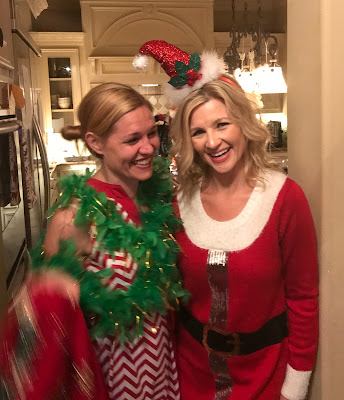 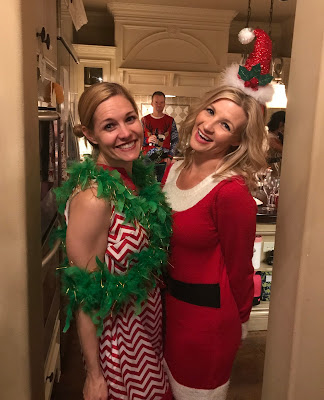 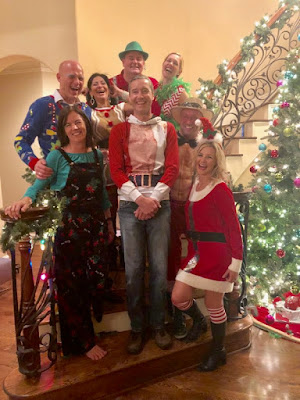 Labels: all about us celebrations friends stuff I recommend