This was our opening weekend of youth football, with Opening Ceremonies (team introductions) on Friday night: 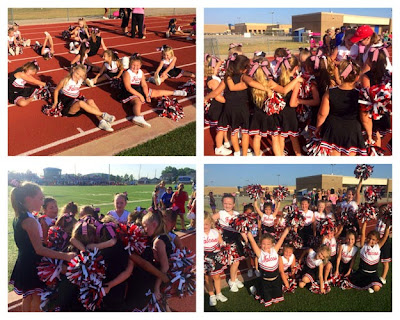 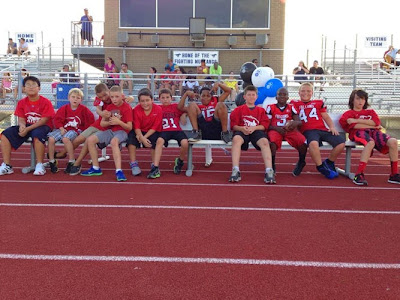 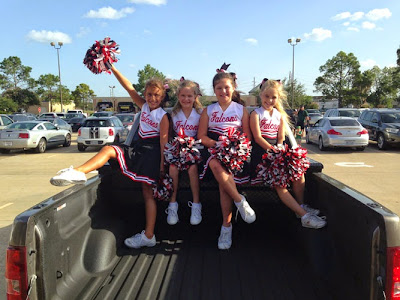 And our first game on Saturday: 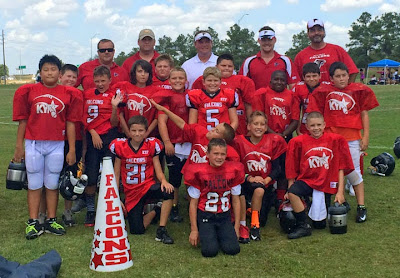 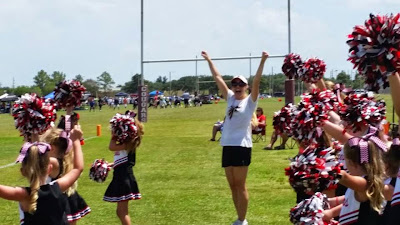 During this "Yell" cheer, an opposing player was so caught up in watching us that he completely missed his play!!! CHEERLEADERS FOR THE SCORE!!! 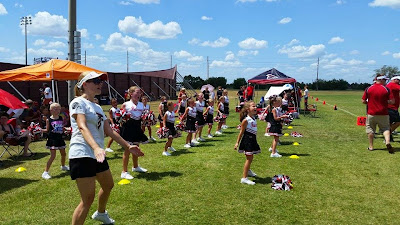 I can't lie: I was not excited for this number. It's the only dance we're doing this year that I didn't choreograph, and I hate the song...but it's one of the ones we did at Cheer Camp, and the girls loooved it, so I put it in. I still don't like the song...but I LOOOVE how good we made it look! (I changed it just a bit, by having them in a V formation and during the middle interlude adding the cartwheels & jumps. :-)) Not bad for missing their last regular practice for "Meet the Teacher" Night and the temp at 3 PM being almost 100°F.

We ended up losing, but it was an interleague game against a team from a different organization (our league agreed to play a few games with them this season) so it doesn't count against our record for the playoffs; and my cheerleaders were FANTASTIC!!! Even better than I expected!!!

After a long, hot football day, we casually fine dined on a breezy deck - so perfectly Texas ♥ 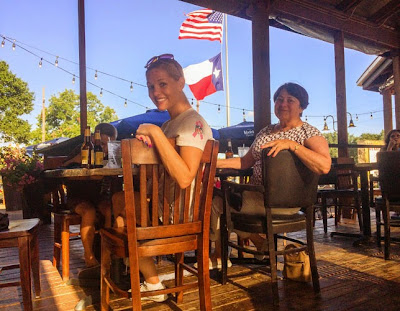 Labels: all about us celebrations cheer football kids