We spent our last day of summer vacay on Sunday in Galveston at Moody Gardens! We enjoyed Palm Beach in the morning, (I swam laps in the "lazy" river for two hours straight with Annelise! :-D) and after noon, we finally went to see the Real Pirates exhibit on loan from National Geographic, just through September, in the Discovery Pyramid. 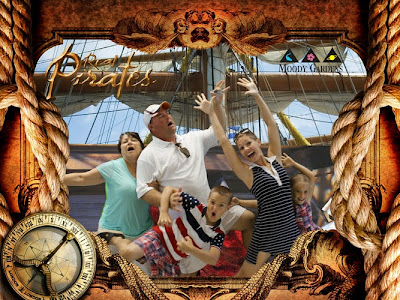 It was fascinating!!! I learned quite a bit!

"Real Pirates, is a one-of-a-kind exhibition that features more than 150 authentic items recovered from the Whydah – real treasure last touched by real pirates. Ranging from canons and coins and the replica of the Ship’s massive bell to personal items that the pirates wore, visitors are given an unprecedented glimpse into unique economic, political and social circumstances of the early 18th-century.

Real Pirates tells the compelling story of the Whydah, the first authenticated pirate shipwreck in U.S. waters, and the stories of the diverse people whose lives converged on the vessel. Sunk in a fierce storm off the coast of Cape Cod, Massachusetts in April 1717, the Whydah was located in 1984 and is still actively excavated today." 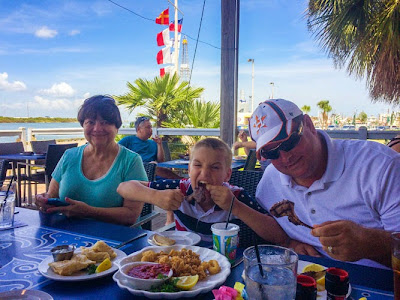 Labels: all about us food kids stuff I recommend