What a spectacular sports-slammed weekend! Almost every second was filled with an event of some sort - live or on TV. Friday night we went back to JB's old high school's football game for the very first time since he graduated. 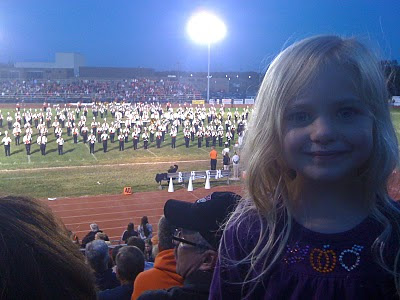 It was awesome, (...but it *did* make me homesick for CHS & Bailey Stadium. Every time their awesome band started up, I expected to hear the Concord fight song. *Sniff, sniff* :-))

Saturday morning, Will has his very first flag football game. The weather was surprisingly nice, and even though they lost, Will played great. He had both big runs & big tackles (chase-down flag-pulls) - very proud! 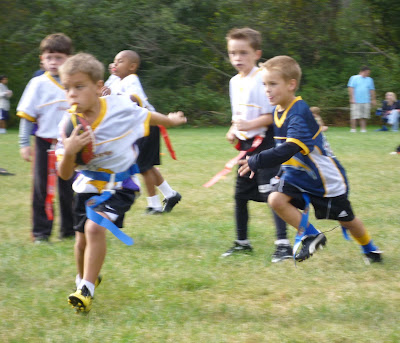 When we came back from lunch for Annelise's Saturday afternoon game to cheer, it was noticeably cooler, and she only got to cheer for 15 minutes 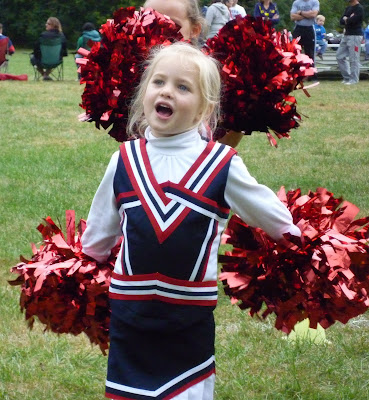 before a few claps of thunder ushered in rain that didn't stop the rest of the day. I am SO thankful for that thunder, b/c otherwise, we would've had to grin & bear it in the rain. :-P (I *do* love my new "COACH" shirt, though! :-D)

The NASCAR Sprint Cup race Saturday night gave our household cause to cheer some more, as our 3 favorite drivers finished 1, 2, & 4! (Yes, this is a big deal. ;-))

Sunday afternoon was Will's first soccer game, and apparently Thursday night's amazing practice was NOT a fluke: his soccer team won 14-0, he scored 4 of those & assisted several more. I actually *enjoyed* soccer on NFL opening Sunday! :-O So proud!!! 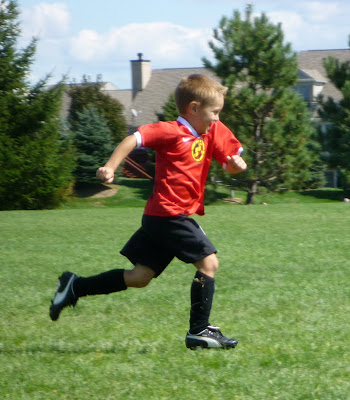 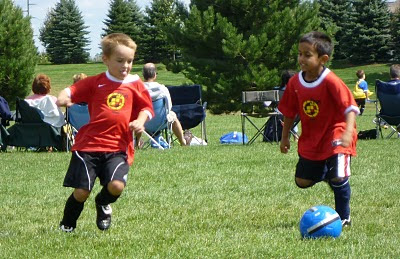 Sunday night topped off the weekend with my BELOVED Redskins BEATING the nasty dallas cowboys to start the regular NFL season. Now, this is a HUGE DEAL!!! :-D The perfect ending to a sportacular weekend! I hope all this winning becomes as normal as this new weekend schedule of ours, which runs through Halloween.
(PS - Spare me the speeches. I *know* winning isn't everything...but it sure makes boring soccer more fun, and it DOES mean everything for the Redskins. ;-))
Labels: cheer football kids