This weekend was JAM PACKED!!! I feel like I've just now recovered. It was all great stuff...but I'd be lying if I said each part didn't have me stressed out a little. :-P

On Saturday morning, I taught a Zumba Master Class with three other instructors. (What makes it a Master Class? It's got to be a huge event with special guests and different format than the usual weekly classes.)

Each instructor did six songs for the hour-and-a-half class; I went third. I was a little nervous about not getting up onstage until 45 minutes into it; I wanted to support the other instructors and dance their segments, but I also wanted to be able to tear it up for my turn! :-D When I hit that stage, it was like lightning bolts of adrenaline!!! (I also got the worst side cramp EVER during my third song, but I powered through. ;-)) It felt amazing to 1) teach that many people, 2) completely own the stage, and 3) have people say how much they LOVED my portion!

Saturday afternoon, we dropped off the kids at a friend's house for a sleepover (let me interject how THANKFUL I am that we have friends we feel close enough to and comfortable enough with already here that we could leave them!) while JB & I went into Houston for his company Christmas party. We stayed overnight at the Westin Galleria - ooo and ahh! JB was in charge of the event, so I didn't get to really see him the first two hours :-/ but we did get to dance later on (y'all - I ended up leading his entire corporate entourage in "Gangnam Style"!!! :-D And they loved it so much, they requested it played AGAIN for us to close down the party!!! :-P) We also hit the photo booth:

(They need to know it's dangerous to give us props in a photo booth. ;-))

We made it to our beloved Trader Joe's on Sunday after checkout before coming back to retrieve the children for lunch at Rudy's BBQ before the Redskins game. :-D As soon as my Skins squeaked out our OT win, I threw on my super cute new dress 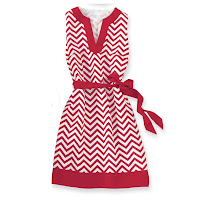 that I waited months to get on sale ;-) and got to church for our final rehearsal before Christmas Café that evening.

Our new church here does an annual Christmas Café event - a date night filled with desserts and music. My contribution? I was assigned to sing "All I Want For Christmas" as my solo. Yeeeeah... The Mariah Carey super hit with a billion words. I was so honored that they chose *me* to pull this number off...but I absolutely was nervous I'd mess up the words. All. Those. Words. :-P I was also a little nervous, b/c due to some technical mic/speaker difficulties during rehearsal, I had still never heard what I sounded like singing it. (I know instrument players hate wedge amps, but I think we vocalists would trade the ear buds we have to wear to get those old school wedges back ANY DAY! I hate mostly hearing myself in my own head; since I have a theatre background, I want to hear what I sound like echoing in the house!) Anyway, I DID rock my number to open the show, and I didn't mess up the words! :-) I *wishwishwish* I had some video or even a pic from the evening, but alas - nada. If anyone involved posts anything, I'll share it; but I guess in the meantime, you can just imagine me as Mariah...in a lower key, with fewer unnecessary runs, and wearing a much more tasteful dress. ;-)
Labels: celebrations food kids music Zumba